It’s a well-known fact that men don’t always say exactly what they are feeling.

This sometimes leaves us playing a mental game of flower picking and “he loves me, he loves me not.”

We understand, it can be hard being left in the dark, but fear not fairies! Even if they aren’t using those three magic words, his body language will give away all that he is feeling, even if he doesn’t know it yet.

Unconscious body language signs are extremely telling, so if you pay close attention to his signals, you’ll be able to successfully figure out all those little thoughts running through is head.

So, if it’s the early stages of a relationship, or you just want to know what’s in his mind, these 13 signs will give you a clear indication of what your bae is feeling.

Its common knowledge that sweat = nerves, but apparently it can mean so much more. According to The Naked Scientists, if a man is interested in you they will get excited and sweat more frequently due to the release of monoamines, the same emotional chemicals that are released when you eat chocolate or strawberries. 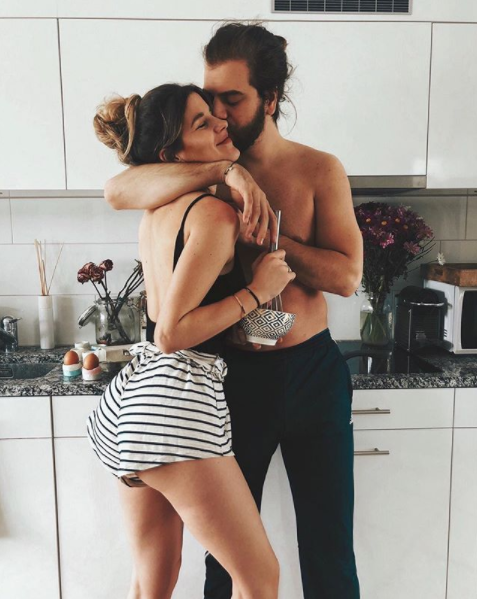 This one’s not just for men but women too, as eHarmony have found that one the first symptoms of falling in love is loss of appetite. Usually this symptom goes hand in hand with a lack of productivity and an increased libido. So, if your guy isn’t eating like normal, you know something is up.

“Dilation is a brain response that occurs when you like and are attracted something,” says Patti Wood, body language expert. So, when his pupils enlarge, this definitely means that he likes you. Be sure to keep an eye out!

Everyone smiles when they are happy, but men tend to stop smiling with teeth around the age of 5 – unless they are extremely happy. While he might not show a toothy grin all the time, you know that when he does, he’s not covering up what he feels for you. He Takes in a Deep Breath When He Sees You

When taking in a deep breath, your chest naturally puffs out. When a man does this, he is puffing out his chest to appear manlier, making himself look bigger and stronger for you. Basically, he’s trying to impress you, which is always a good sign.

Playing With Your Hair

Men will tend to try and make you feel special when they are in love, not just by compliments but by subtle actions. If your guy is petting or playing with your hair, this is a clear indication that he cares … or that he thinks you’re a dog. You decide.

Is there anything sweeter than forehead kisses? Absolutely not. This endearing gesture has been around for centuries and expresses a new level of sweetness and compassion. Essentially, you have won his heart. 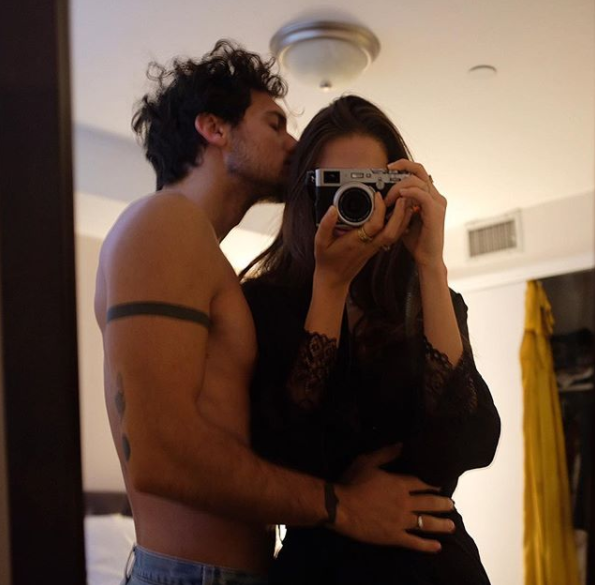 Women tend to bat their eyelashes when they are flirting – it apparently makes us look vulnerable and cute … so why would men be any different? The normal rate of eye blinding is 20 times per minute, so, if he is blinking faster, this could indicate an emotional stress. We blink faster when excited because our eyelid movements reflect bodily arousal levels … clearly, he is into you!

It is known that couples tend to unconsciously mimic each other as they fall in love – their bodies can’t help themselves! This behaviour shows that each person is open to becoming closer and that they are relaxed and at ease with each other, strengthening the bond.

Does he lightly touch your shoulder, forearm or back of your neck? Well, this instantly registers warmth and reassurance in the brain. The presence of these soft touches means one thing – I want to be closer to you. 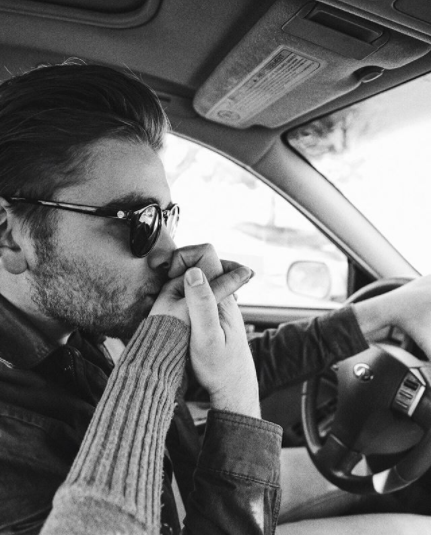 Keeping His Arm Around You in Public

This is a pure primal action. The man is marking his territory. If he places his hand on your shoulder or waist while in public, he is showing all other men around that you are his. A little outdated in modern society but sincere nonetheless.

If a man reaches to touch his throat, this is a sign of showing vulnerability and communication, something most men won’t express with just everyone. Be careful with this one though, because sometimes this can be a signal of dishonesty. Suss him out; it shouldn’t take too long to figure out his intentions.

When your man walks away from you, does he glance back one more time? If so, this is a solid indictor that he likes you. The action unconsciously means that he cares about your wellbeing, checking to make sure that you are alright – aww. 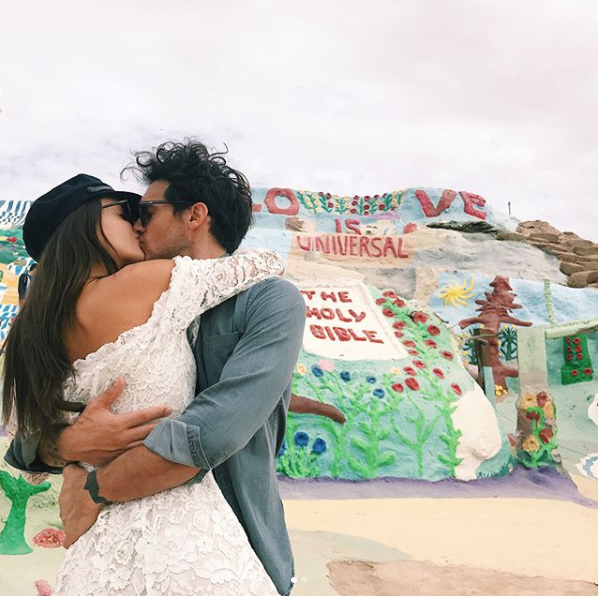 Posted in Dating, Ever After, Relationships, Single Ladies by wedded wonderland

Religion Didn't Stop These 7 Couples From Getting Married