Another day, another bit of drama from behind the scenes of Married at First Sight.

Once again, Ashley’s sister Summer has taken a swipe at Troy Delmege following her initial claims of Troy being an actor and a virgin (actually, his own sister threw him under the bus for that latter one – #familyfirst).

In a radio interview with Fitzy and Wippa on Tuesday, Summer let loose on Troy, telling the duo, “he’s so fake. He’s putting on an act.”

“He thinks everyone loves him and that they should love him, that he’s the complete package … Within five minutes I was like ‘No, no way.'” 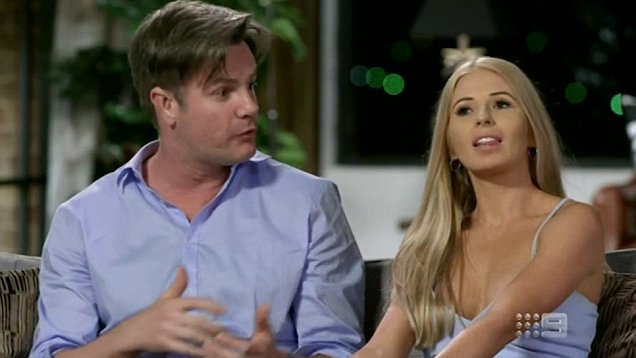 “Everyone thinks he’s this nice guy, but he’s not; he’s really not. He’s fooling everyone and I feel bad my sister got dragged along.”

She even went as far as to call Troy “Dean 2.0,” which everyone now knows is one of the worst insults to come from reality television.

“It’s all out now. Troy’s like Dean 2.0,” she said in response to Troy’s alleged relationship with fellow MAFS star, Carly. She even addressed Ashley’s feeling towards the betrayal, saying:

“Ashley’s really good mates with everyone, she’s probably seen 90 per cent of them … bar Carly.

“I don’t think Ashley’s bitter, it’s just like … ‘Have some class, just wait a couple of weeks until after the show.’ There’s only one reason you’d do that, and it’s to draw attention to yourself, for more publicity … so keep it in your pants.” Summer has never been shy about her feelings towards Troy, previously taking to Instagram to write, “As much as Troy is a goofball he is also a fantastic actor who is currently doing an excellent job in carving his path for a future in TV.”

Summer even touched on the topic of Troy’s virginity (does anyone really want to know, though?), saying that Troy’s sister’s comments were false.

“No he’s definitely not … him and his sister haven’t spoken in about 10 years. They’re estranged,” she confirmed, in case you really needed to know.

It’s no surprise that Ashley and Troy’s relationship came to an end in their final commitment ceremony.

MAFS: Tracey Finally Got Her Revenge On Dean And We're Screaming