White Roses for Times Up

Lady Gaga, Kelly Clarkson, Nick Jonas and countless other celebrities banded together on the Grammys red carpet to show their support and solidarity for the Time’s Up and #MeToo movements against sexual misconduct. Trickling on from the movement at the Golden Globes, today’s stance is another sign that the entertainment industry is not backing down from the fight, aiming to end this injustice once and for all.

Gaga, head to toe in back with a black lace top, leggings and a statement black skirt with long train, made her pinned white rose pop during the red carpet. This all-black look is another homage to the movement from the Golden Globes. Clarkson also opted for a black gown with silver and gold embellishments, holding a long-stemmed white rose rather than pinning it, while others like James Cordon and Ne-Yo pinned roses to the lapels of their suit jackets. 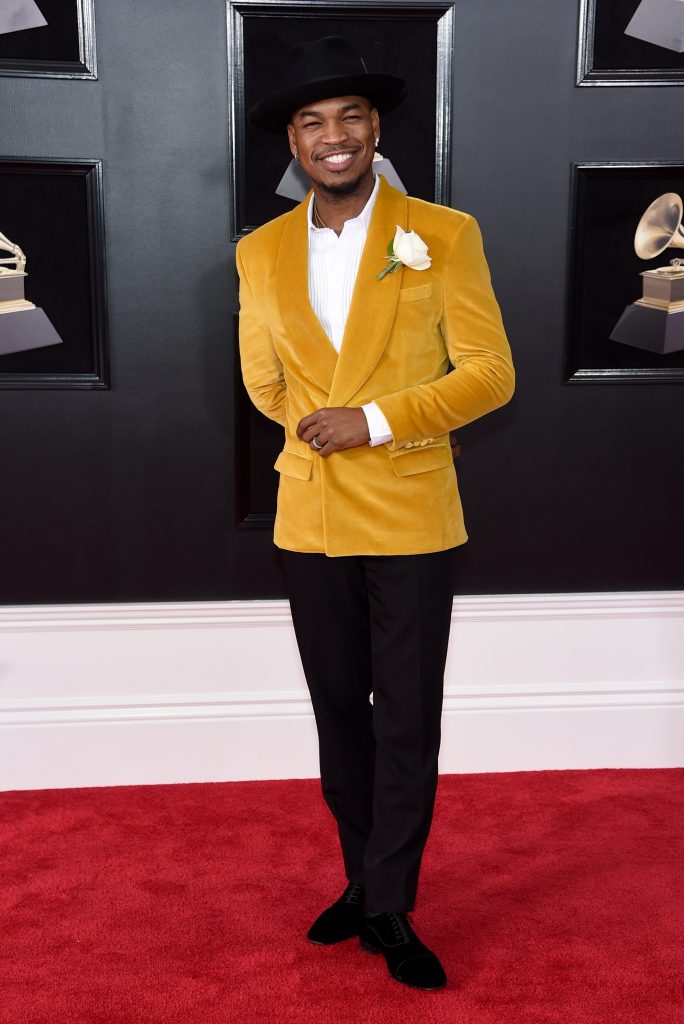 Others chose to show their solidarity in different ways, like 15-time Grammy nominee, Diane Warren wearing white gloves with “Girl” written on one hand and “Power” on the other.

Best Looks of the Night

While the Time’s Up movement truly shined through, we cannot forget about the gorgeous fashion from the night.

Camila Cabello was a stand out in a long, bodycon red dress, complete with a deep V-neck. Bringing this quintessential old-Hollywood style to the Grammys was the perfect way for her to stand out from the crowd. The cut of this dress flawlessly molded to her body, accentuating her figure in the best way possible. Take note, Fairies: Red is a versatile colour that looks great on all skin tones, just remember to choose your shade wisely.

Rita Ora shined in an incredible black gown with a large split down one side, showing off her long legs. The subtle diamond features brought this look together as it popped against the black. Her graceful old-Hollywood style curls created a timeless look, one that is a strong contender for best dress of the night! Ora’s classic black pumps allowed for the dress to be the focal point of the evening. Remember, pairing an extravagant gown with basic shoes is the perfect way to make sure all eyes remain on the dress.

Chrissy Teigen once again dominated the Grammys red carpet (but what else is new). Even pregnant, she manages to make us all feel inferior! Next to husband John Legend, these two absolutely slayed the red carpet and proved for the millionth time why they are #couplegoals. Dazzling in a silver sequinned dress with her baby bump fully on display, Chrissy paired her head-turning look with two-toned statement earrings and a deep side part. Statement earrings are going to be a massive trend in 2018 – they just keep getting bigger and bigger! Chrissy and Lady Gaga both wowed with beautiful statement earrings on this red carpet and so can you! Another trend steadily on the rise is jumpsuits. Miley Cyrus looked stunning in her form-fitting black jumpsuit, with a strapless neckline and added high neck accent. This look is perfect for those who want to show off their body in a classic way, accentuating all the right features! We love this trend and can’t wait to see more on the next red carpets!

Highlights from the Show

This year’s Grammys was one for the books. With some powerful, endearing and touching moments, we saw some moments that are sure to go down in history.

Kendrick Lamar opened the show with a killer performance slamming President Donald Trump, performing against a backdrop of the American flag with dancers dressed in military uniforms with their faces covered.

If that wasn’t powerful enough, his performance also featured Dave Chapelle, who stated, “Hi. I’m Dave Chapelle and I just wanted to remind the audience that the only thing more frightening than watching a black man be honest in America is being an honest black man in America.”

This momentous statement was there to highlight serious race issues within America; a point further driven when Lamar ended his performance by having each dancer fall to the floor in sync with gunshots, referencing police brutality against African-Americans.

Lady Gaga gave a truly emotional performance dedicated to her father’s late sister Joanne. She said, “this is for love and compassion, even when you can’t understand” then sang “Joanne” on a beautiful white grand piano, attached with giant angel wings.

Gaga looked extremely elegant in a gorgeous pink gown, while Mark Ronson sat across from her playing the guitar as they transitioned into “Million Reasons.” The Time’s Up movement also shined through during the awards as Kesha, Cyndi Lauper, Camila Cabello, Andra Day, Julia Michaels and Bebe Rexha performed “Praying” by Kesha. The song was her first release in four years after the conflict that arose with producer Dr. Luke, alleging that the producer threatened and sexually abused her.

The singers, all dressed in white, were then joined by numerous women who stood with them in solidarity of the #MeToo movement. Tears were shed by Kesha as she embraced the women on stage, as the camera showed the tears of the audience too. That’s all for this year, folks! We’ll keep you posted on the rest of awards season as it rolls by.

Chrissy Teigen Just Revealed The Sex Of Her Second Baby