The 9 Most Memorable Model Weddings of All Time

Two months ago, Coco Rocha tied the knot in a custom Zac Posen gown, but she’s hardly the first model to inspire envy from bridse around the world. Take a look back at the most amazing model weddings here, featuring everything from Marisa Berenson to the always chic, Kate Moss.

Cindy Crawford doesn’t need a full length gown to look good. The model, who married Rande Gerber in 1998, wore a barely-there John Galliano slip dress for her barefoot beach wedding, with her only accessories a pair of super long long, tanned legs! Lara Stone chose a Givenchy dress to marry comedian David Williams in an intimate ceremony on May 16, 2010 at Claridge’s in London. For the reception, Stone changed in to a short gold sequinned dress (also Givenchy) with heels before the party began. Swimsuit model​ Chrissy Teigen chose three Vera Wang gowns for her nuptials to John Legend. For the ceremony, she wore a strapless ivory ball gown with a cutout back; her reception dress had a slimmer fit with a mermaid bottom and small train; and for the after party, the model went with a crimson mermaid gown resembling rose petals! 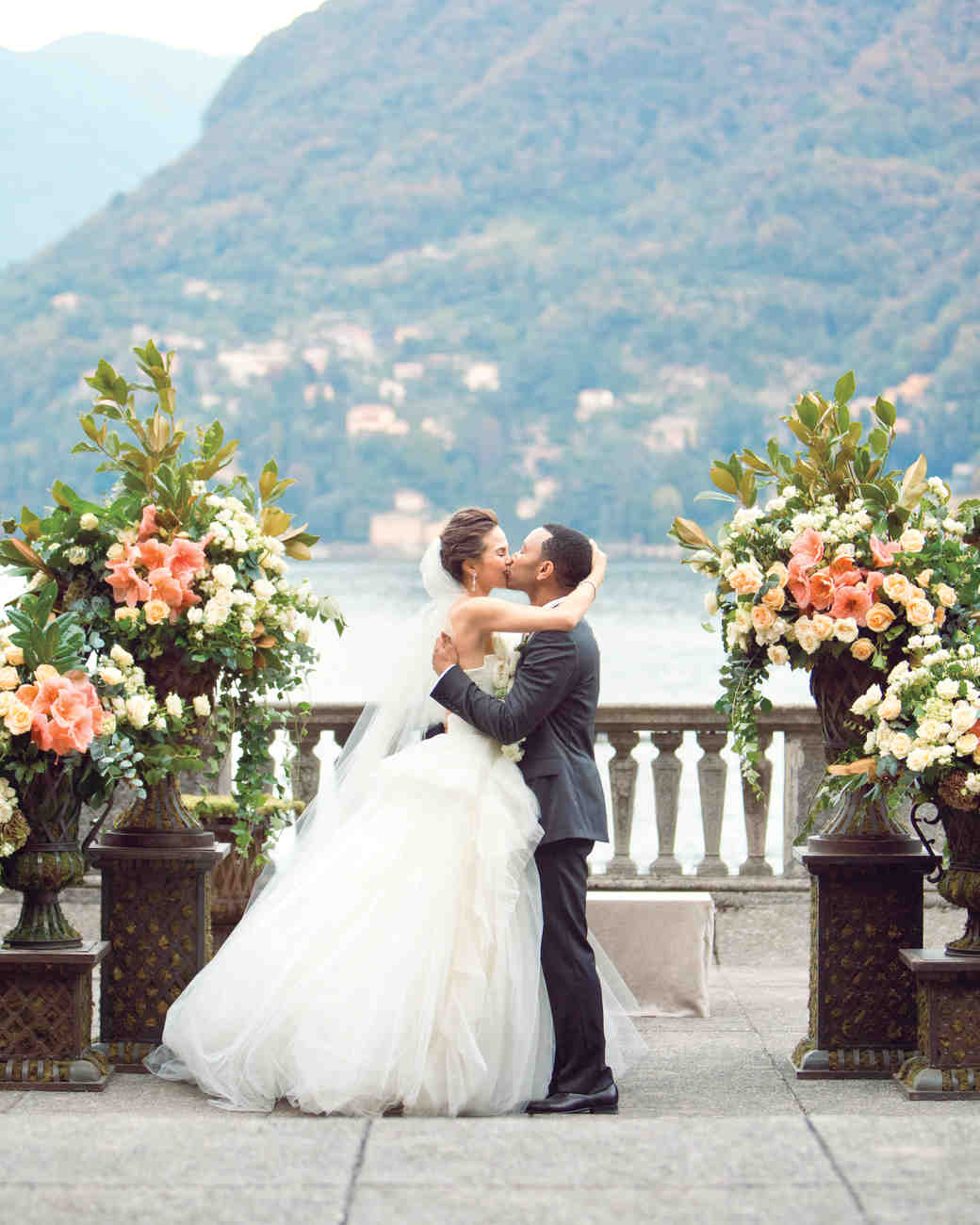 Gene Kelly taught her to dance, Andy Warhol photographed her wedding, so it comes as no surprise Marisa’s 1976 Beverly Hills marriage to James Randall made our list! The It Girl supermodel loves to do everything in style, and her crisp, lace-trimmed Valentino gown still has us talking. One celebration wasn’t enough for English model, Poppy Delevingne! She held two wedding including an elegant affair in London, and Morocco celebration with family and friends. She wore a custom Chanel dress, and an Emilio Pucci design by Peter Dundas to marry husband Cook, who works for an aerospace company. 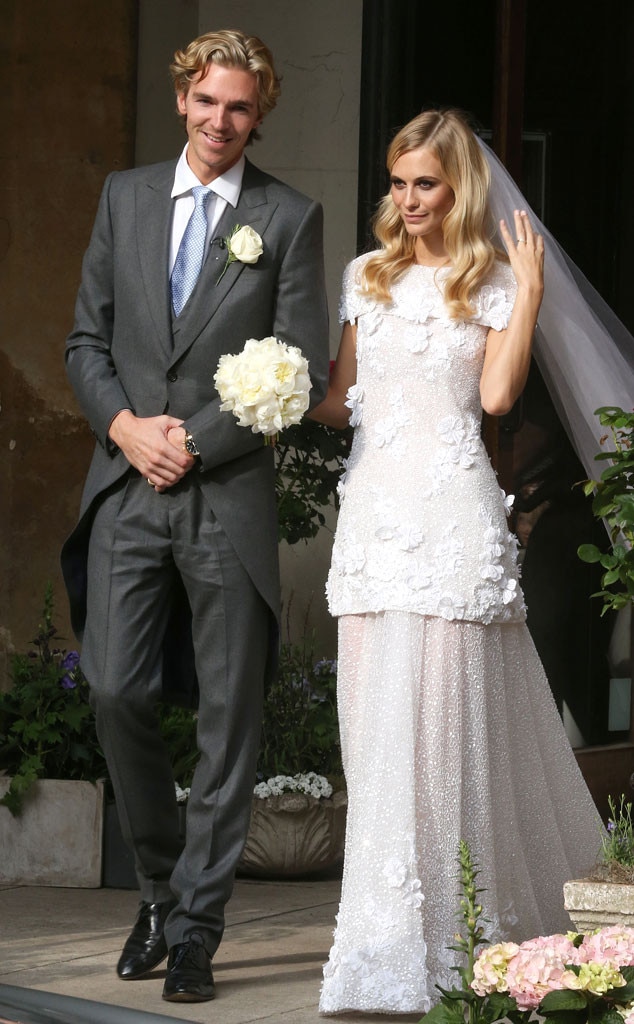 On June 7, 2003, Christy Turlington tied the knot with director Edward Burns at St. Peter and Paul’s church in San Francisco. Pregnant with her first child at the time, Turlington wore an embroidered silk Empire cut dress with lace by John Galliano gown with a diamond necklace by Jacob and Co. Leave it to Kate Moss to pull off one of the most coveted couture looks. The model’s gown, created by designer John Galliano, was a fabulous slip dress with a vintage vibe. The bodice was sheer and simple with an illusion neckline, while the skirt was an intricate web of gold beading, embroidering, and over 270,000 sequins!

Image via One Fab Day

Married in a chateau in France, Coco Rocha wore a full-length wedding dress designed by her friend Zac Posen. The gown featured dramatic cuts of organza and tulle – a definite classic, and was simple from the waist up with an ultra-flared mermaid skirt. Gorgeous!

Our 13 Favourite Celebrity Weddings of All Time!

The Supermodel Approved Trick to Personalising Your Wedding

Lilly Ghalichi Marries in An Extravagant Wedding - See the Pics