Do we really need a third Sex and the City movie when we’ve been served up all this drama on a silver platter?

The latest figure in the Kim Cattrall-Sarah Jessica Parker feud is now none other than Smith Jerrod (real name, Jason Lewis). You’ll of course remember him as Samantha’s gorgeous actor boyfriend who shaved his head when she was going through chemotherapy (yeah, I still tear up when I watch that episode, so what). 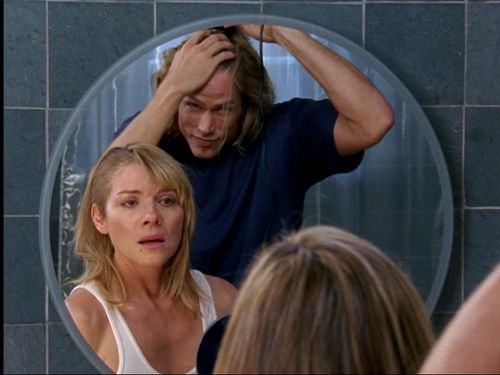 Lewis appeared on talk show KTLA 5 and – of course – happened to be asked his thoughts on the feud between the two actresses. His initial response?

“If you can’t say something nice, don’t say anything at all”.

The man has a point.

When further pressed on the subject, Lewis had only good things to say … about Sarah Jessica Parker.

“Listen, I would have to say that, um, Sarah was always so lovely and such a consummate professional, and I think that people should remember their graciousness and the things that have been given to them, and I’m going to stop there because I’ve got nothing good to say.”

He was then asked which “team” he was on, which Lewis made obvious by continuing to say of SJP, “I might just have to say yeah, yeah. What a gracious lady; she was always so good to me.”

When asked whether others were not so nice, Lewis laughed and reiterated his point: