25 Award-Winning Wedding Photos From Around The World

We all know the most important part of your big day is the photographer who captures it. Okay, okay, it’s actually about marrying the person of your dreams, but the pictures come in at a veryyy close second. That’s because when we’re old and grey, the snapchat stories aren’t here to stay – but you can always pull out that photo album and laugh at how balloon walls were a thing.

Whether you’ve been a bride, are planning a wedding, or have a daughter/sister/cousin who’s getting married, we all know the emotional rollercoaster that is saying “I Do.”

To “promote and celebrate the art of wedding photography from around the globe,” the International Wedding Photographer of the Year (IWP) Awards have released their list of the best wedding photos from 2017.

We’re talking professional wedding photographers from around the world submitting their best snapped moments from real weddings. Think categories like Single Capture, From Above, Black & White, Epic Location, Solo Portrait, Dance Floor, Bridal Party, Album, and Couple Portrait. Each image was scored by six judges with the International Wedding Photographer of the Year receiving $3,000 and a whole lotta camera equipment.

Scroll down for 25 of the most beautiful award-winning wedding images from around the world.

Winner of the Grand Prize and Solo Portrait, Erica Mann captured this stunning image with a double rainbow after a storm along the banks of Cougar Creek, Canada. We told ya, rainy days are good luck! Winner of the Single Shot category, this image captured OUR hearts. Photographer Paul Woo said he was ‘secretly bawling behind the camera‘ as the bride’s son began crying as he watched his mother walk down the aisle. If our sons don’t cry when we walk down the aisle, these Fairies are getting a rerun. This father-daughter picture was the winner of the Black and White category. The dance was captured perfectly by Bruno Sauma at a wedding in Massachusetts, USA. Our dads are our first love and we can’t help but weep at the sentiment of this beautiful picture. We reckon this picture was inspired by The Notebook, when Noah and Ali watch the traffic lights change. Who said Hollywood romances aren’t real when this couple just about proves otherwise. This photo by Canadian photographer Jayme Lang won the Couple Portrait and our hearts. After Mike Vallely captured this shot, the couple, who married in stunning Pemberton Valley in Canada, said: ‘If we only had a single image to describe this day this would be it.’ This image won Epic Location and it really is an epic pic. After this couple married in the University of Cork’s Honan Chapel in Ireland, photographer Adrian O’Neill said: ‘The actual shot was taken by me standing in the back of the convertible hanging on for dear life, but was so worth it.’ He risked his life but it was worth it because this image won the From Above category. Wedding guests make the most of the Champagne in this snap captured by Donatella Barbera. This might be one of the most perfect candid shots we have ever seen. Is your bridal party even legit if there is no dog to be a part of it? Plenty of dogs featured in the competition, but this one shot by Angela Ruscheinski was a apaw-able. Of course, the groomsmen feel the need to be boys. Steve Wise captured these guys who were taking some time out amid the wedding rush. ‘Class goes out the window at a certain point in the evening’, as shown by David Hofman‘s photo. Martina Lundborg found intimate moment perfection when he shot this couple under a firework-filled sky. Throw in some lanterns and we’ve got ourselves a real-life scene from Tangled. This isn’t your typical dance floor. This bride is moving from land to sea (or chlorine) in a perfectly-timed shot by Lanny Mann. So is pool-jumping the new black for weddings? This awesome shot was taken by Erika Mann. We’re drowning in all the love. Mann also captured this shirtless shot – that’s how you know this party was #LIT. This happy couple is making it rain with confetti and Paul Santos captured the quirky shot at the perfect moment. 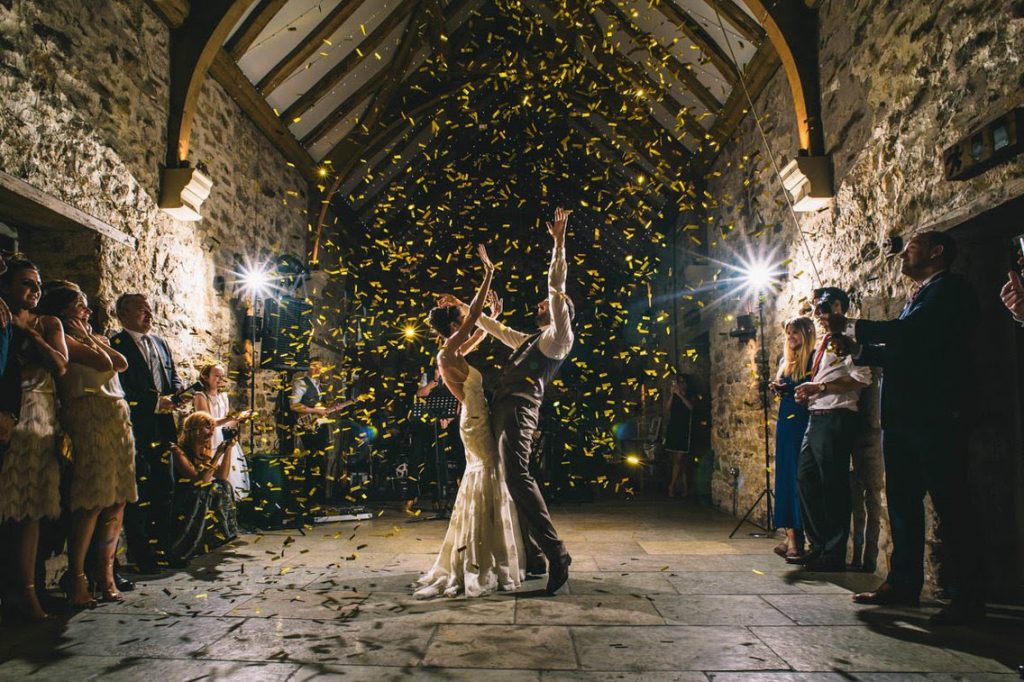 Lanny Mann capture the moment this kid broke it down on the dancefloor. We can only assume the bride had taken her heels off by the time Donatas Ufo captured this gorgeous couple’s walk across sand dunes. What is it with brides and grooms jumping into the water? We’re loving the concept and this couple takes the plunge a little more literally in this photo by Ropate Kama. A stunning staircase forms the perfect backdrop for Gustavo Franco‘s romantic image. Honestly, we’re just sad we don’t have an Instagram pic that looks like this. Or a man to hold hands with for the stunning shot. Angela Ruscheinski captured all the emotion of a powerful wedding speech in this one picture. This is the one time we’ll allow the tears to ruin the makeup. We’re in awe of this touching moment. 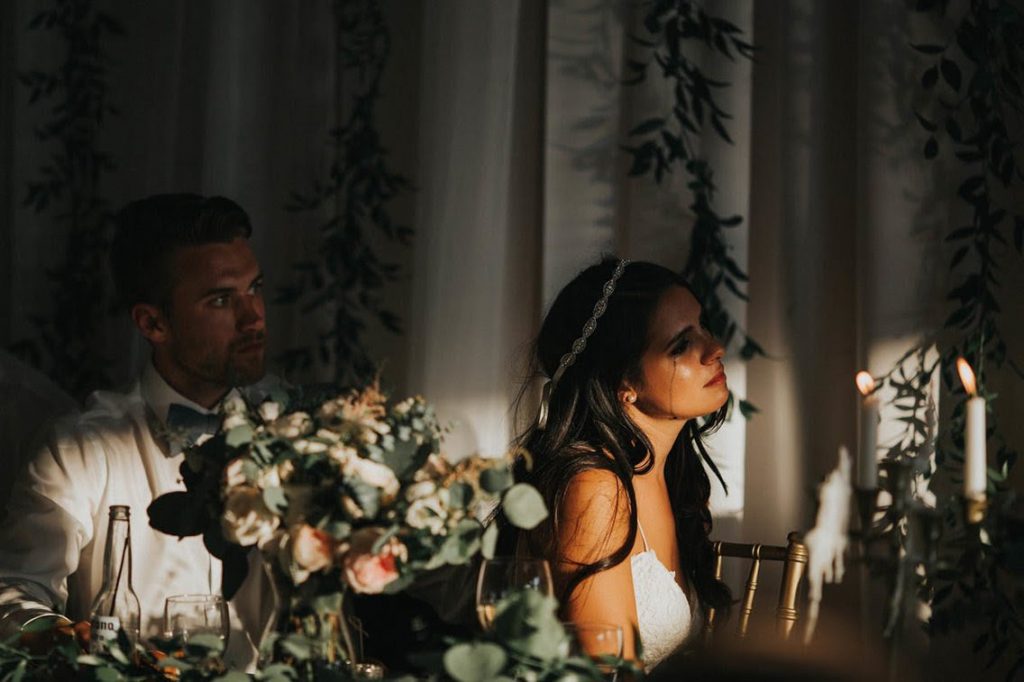 Seeing the bride for the first time is an exciting moment for everyone. Marlos Kourouniotis shot a bride as she got ready to make her big reveal, and the anticipation that is captured is ultra-sweet. 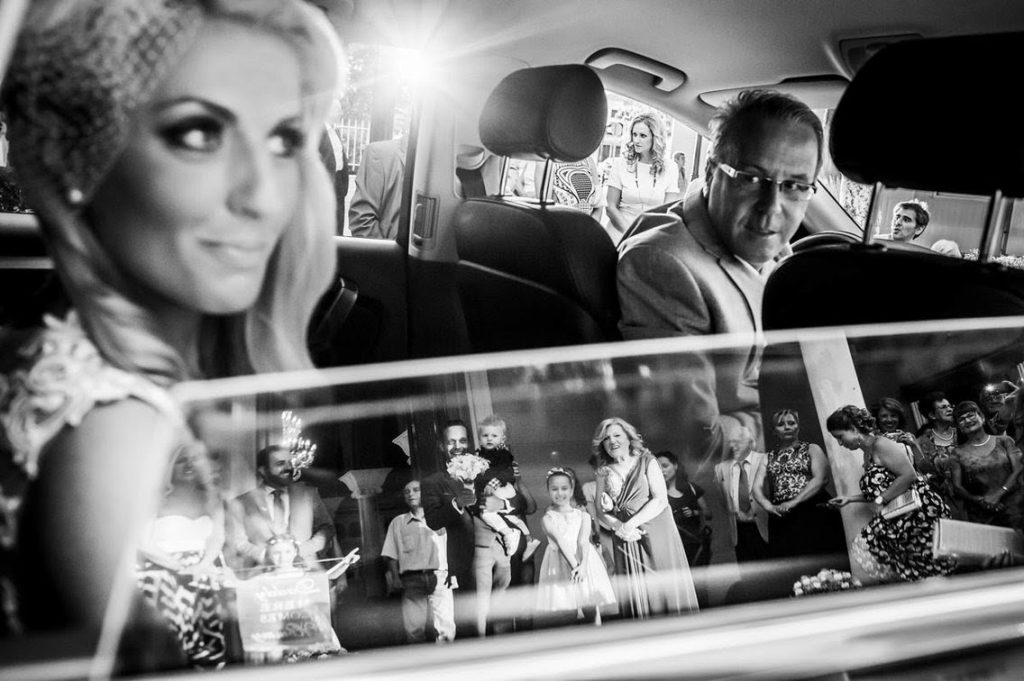 The dogs are here to stay guys, as shown by James Frost. 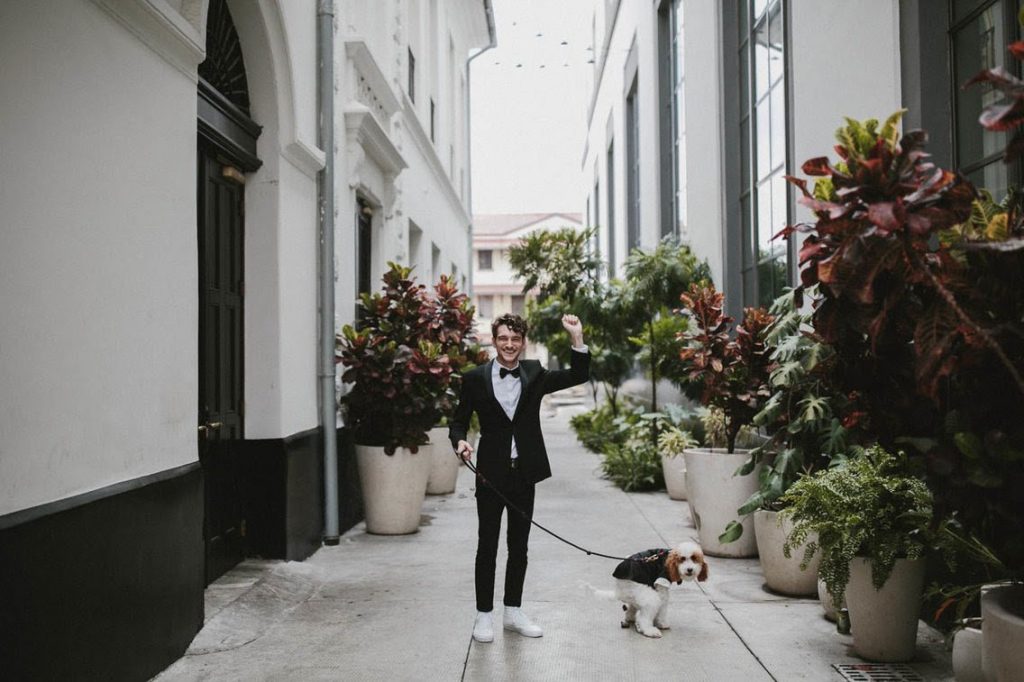 We all swoon over an emotional groom. This one struggles to hold himself together in another stunning shot by Angela Ruscheinski. Greetings from the dog in this perfectly-timed picture from Benjamin Wheeler. 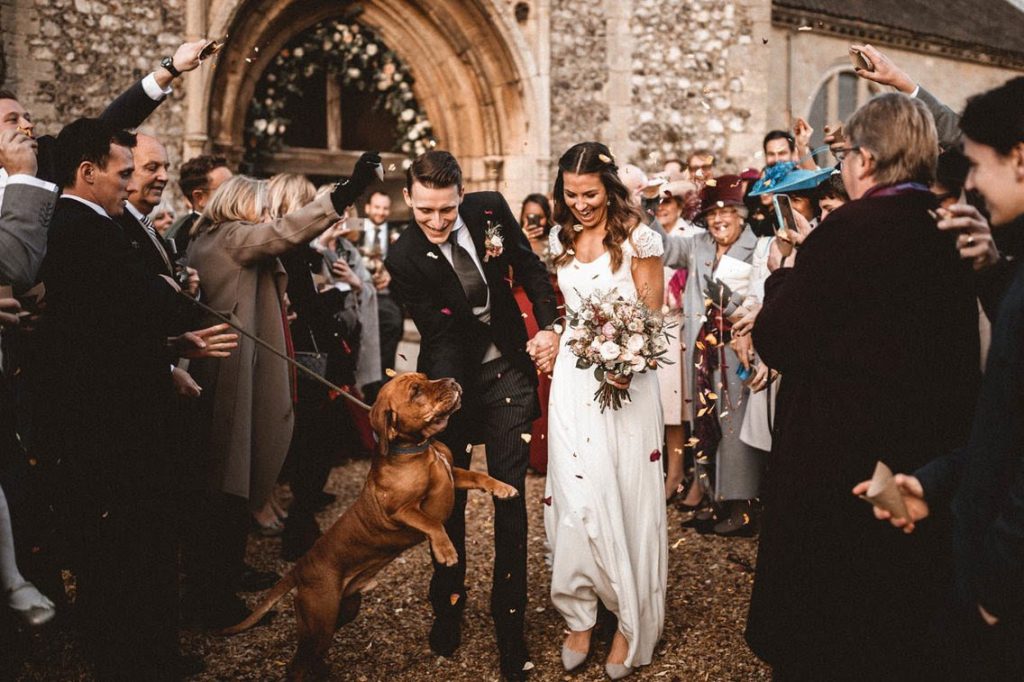 Adam Browne gets the clock on this flying cork as the happy couple jet off to celebrate.