YOU THOUGHT YOUR DATE WAS BAD? THIS WOMAN LEFT HER DATE’S HOUSE WITH POO IN HER PURSE.

If you’ve ever left a date thinking ‘it couldn’t get much worse’, we’ve just proved you wrong – whatever bad dates you’ve had, they can’t beat this one that Candian woman, Makela had.

Makela tweets about her date from hell went viral after she revealed that she went to the bathroom for a #2 at her date’s house and the toilet wouldn’t flush (cue every girl’s worst nightmare).

She panicked and then ended up wrapping her poop in toilet paper trying to figure out what to do with it. She considered throwing it out the window, but after deliberation, popped it in her handbag.

The best bit? She Tweeted the whole way through. You’ve got to read these!

I have a story to tell. It is about my poop 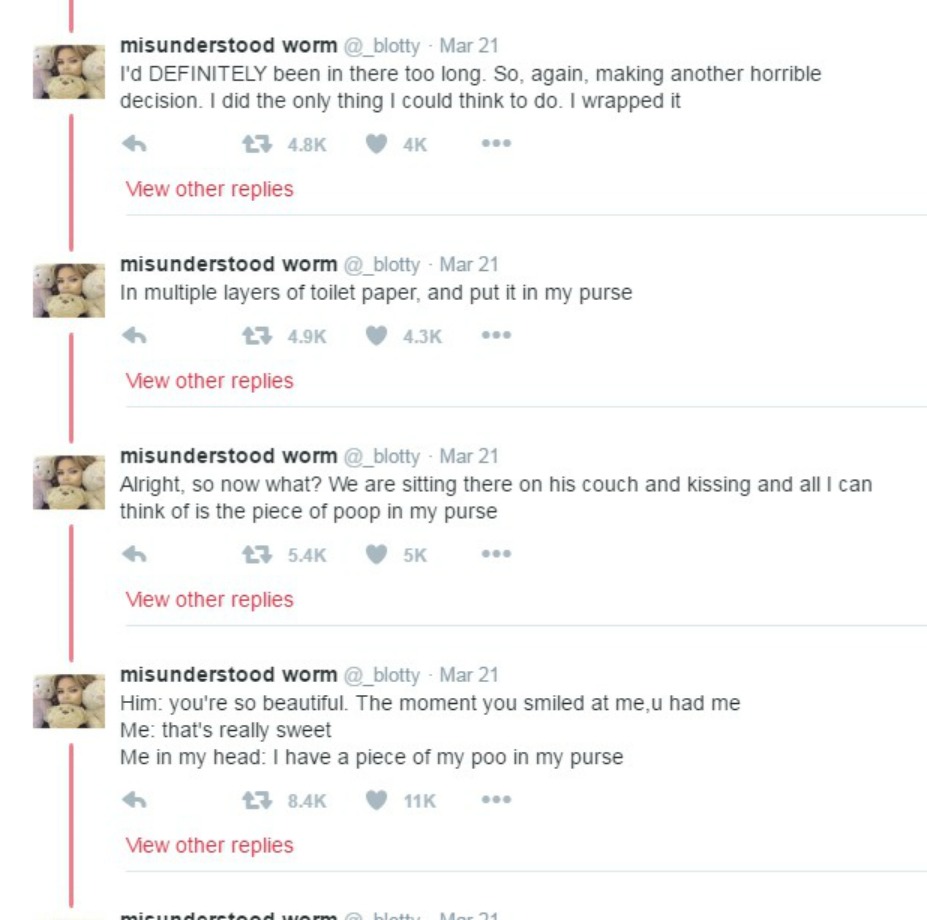 And the moral of the story?