Tiffany Trump and Michael Boulos Get Married at Mar-a-Lago

Over the weekend Tiffany Trump and Michael Boulos tied the knot and hosted an American- Lebanese celebration in Florida, at Donald Trump’s estate, Mar-a-Lago.

Tiffany and Michael met in 2018 while on a European vacation. At the time, Tiffany was studying law at Georgetown University and Michael was studying project management at City University of London. Fast forward to January 2021, Michael proposed to Tiffany at The White House.

“It has been an honor to celebrate many milestones, historic occasions and create memories with my family here at the White House, none more special than my engagement to my amazing fiancé Michael! Feeling blessed and excited for the next chapter! ❤️” 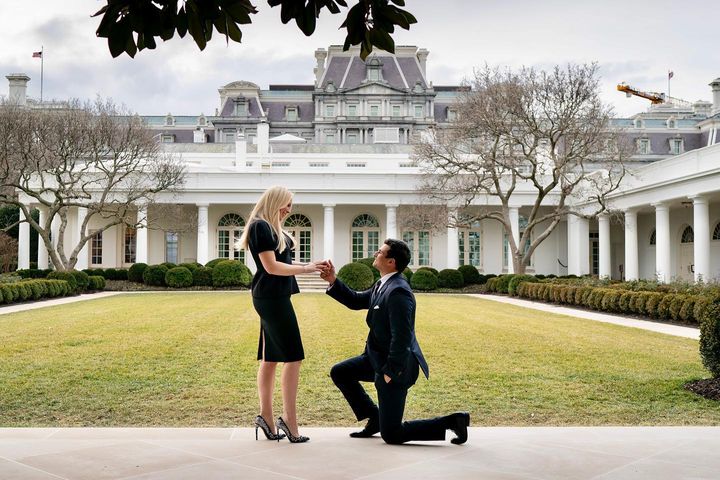 As you can imagine, the Wedding was nothing short of fabulous. Tiffany Trump wore a breathtaking Elie Saab custom creation. “Ms. Trump chose the Grecian goddess-inspired gown by the Lebanese designer as a nod to Mr. Boulos’s heritage and thought it fitting for their American-Lebanese wedding” Ms. Trump said via Mr. Watts.

Toni Breiss, an internationally known wedding and events planner based in Lebanon, Paris and Saudi Arabia, was the man behind the magic and brought the Couples’ vision to life.

Despite Hurricane Nicole taking place earlier that week, the couple had an outdoor ceremony that was filled with arches of pastel florals setting the perfect backdrop for Former President, Donald Trump to walk his daughter down the aisle.

Professional images from the reception have yet to be released but, from what we can see it was a true Toni Breiss production, decadent and extravagant.

The Bride, Tiffany changed into her second Elie Saab Wedding dress for the evening, a timeless floor length white gown with a sweetheart neckline.

The couple went with a classic white Wedding cake covered with flowers, see below. 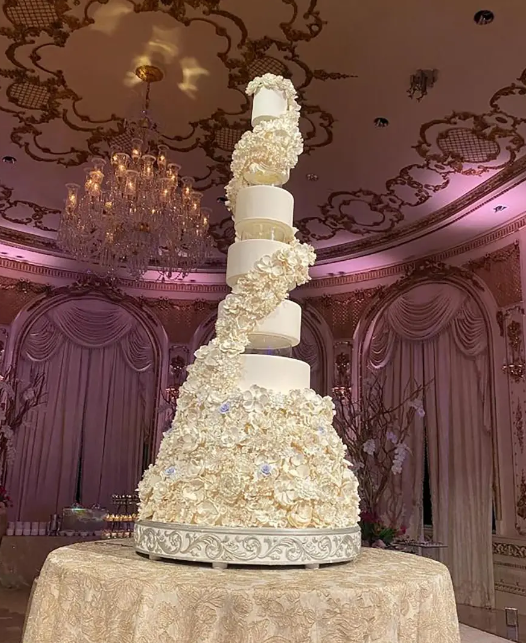 We can’t wait to see more from Tiffany and Michael’s Wedding!

The Bachelor wedding you were all waiting for!