Our 13 Favourite Wedding Gowns of All Time!

Lets go back in time to the most memorable Wedding gowns of all time!

No doubt there are too many gorgeous gowns to count, but someone’s gotta do it. From celebrities strutting their designed couture dresses to movie characters who won our heart since the beginning, re-live these incredible fashion moments from the past century.

Our 13 favourite Wedding dresses are filled with romance, texture and, are simply to die for!

But hey, it’s all in the name of love.

Our very own favourite columnist from Sex and the City got hitched almost 10 years ago. But who could ever forget this amazing Vivienne Westwood dress that fitted Bradshaw so perfectly!

Going with the something old, new, borrowed and blue tradition, Olivia Palermo pulled off this vintage look carried out by legendary designer Carolina Herrera.

The Wedding that we still talk about, Duchess Kate Middleton wowed the globe with her traditional yet modern twist gown by Alexander McQueen. Presenter Rebecca Judd used every trick from the Wedding book with this ruffled, embroidered, contemporary dress by J’Aton in 2012. No girl could ever resist Vera Wang. This white creation of fluff is incredible, giving Chrissy Teigen’s a princess style. Even golden girls need something with a hint of colour. This Georges Chakra gown stunned us in the finale of popular show Gossip Girl. Supermodel Kate Moss wowed her guests (and the world) with this highly sequined Galliano gown.

Image via One Fab Day

One of our favourite Hollywood actresses of all time, Audrey Hepburn was one of the first to wear a custom Balmain gown that was simplistic yet so chic.

[singing] Isn’t she lovely? Sofia Vergara knocked us all out with this Zuhair Murad Wedding dress. Whitney Port enjoyed the idea of both short and long styles with this Ashi Studio gown. Adorable! 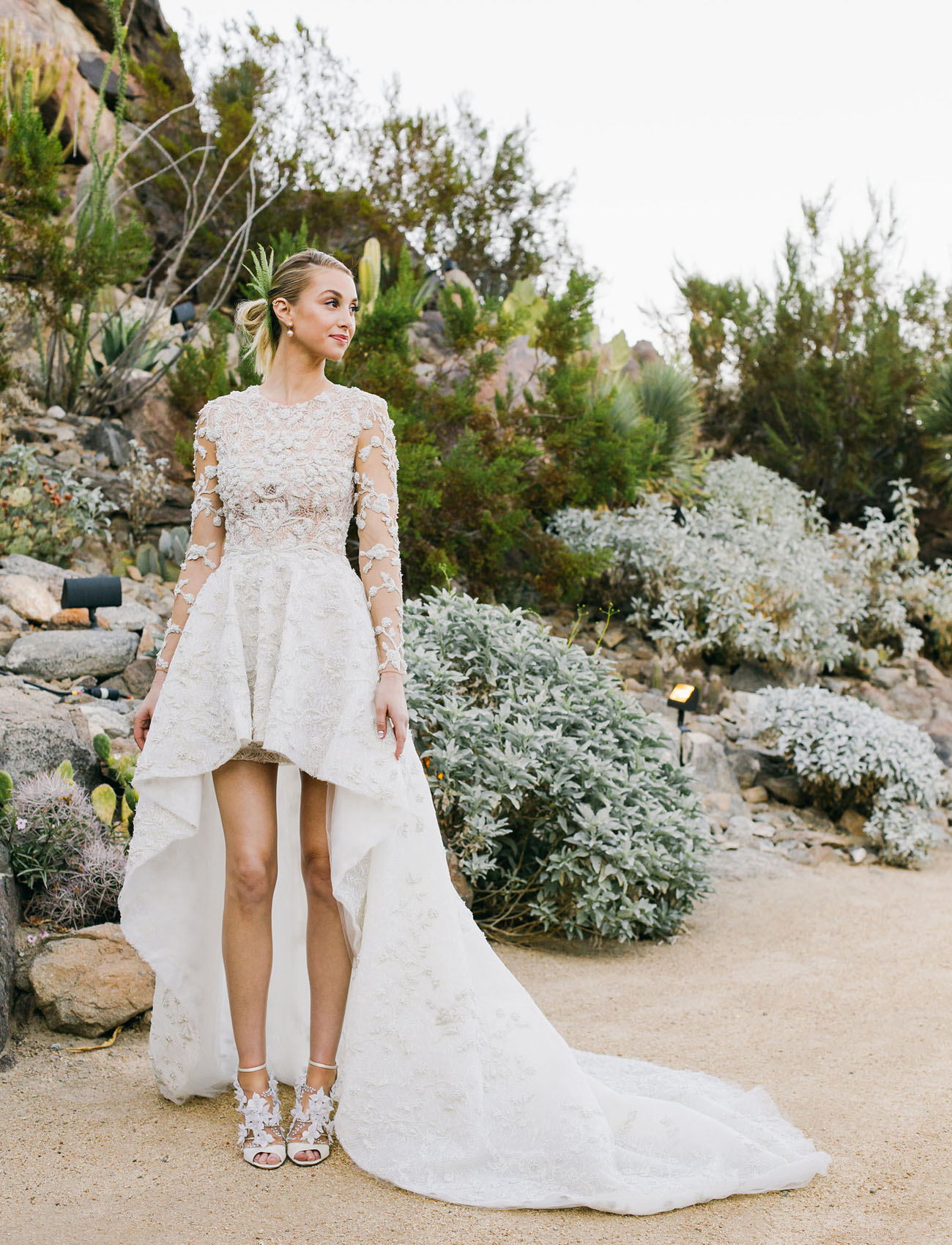 Badgley Mischka have done it again. Our favourite mermaid look is incredible on Morgan Stewart who recently became married to Brendan Fitzpatrick. Wearing three Marchesa gowns at the same Wedding, Nicole Richie wedded Joel Madden in 2010. Give us some of those ruffles!

10 Wedding Movies to Watch Before You Get Married!