An Enchanting Scottish Affair – Real Wedding of Emma and Lachlan Back in 2015, after they revealed their love for one another and admitted they’d been hiding a relationship for two years, Emma Watkins and Lachlan Gillespie inspired a series of stories questioning if a ‘Wiggle wedding’ was on the cards. While they might not have known it at the time, it certainly was, with their exchanging vows and rings on a gorgeous Autumn day in April of last year.

Emma met Lachlan while she was auditioning for children’s show Dorothy the Dinosaur, with her to-be husband playing the role of beloved childhood character Captain Feathersword. Emma’s talent earned her a spot as a Fairy on the cast, with the pair soon touring together for the show. The pair began dating shortly after they joined The Wiggles line-up (Emma is yellow, while Lachlan ‘Lachy’ is purple), with Lachlan telling The Daily Telegraph back in 2015 that he asked Emma on a few dinner dates back in 2013. 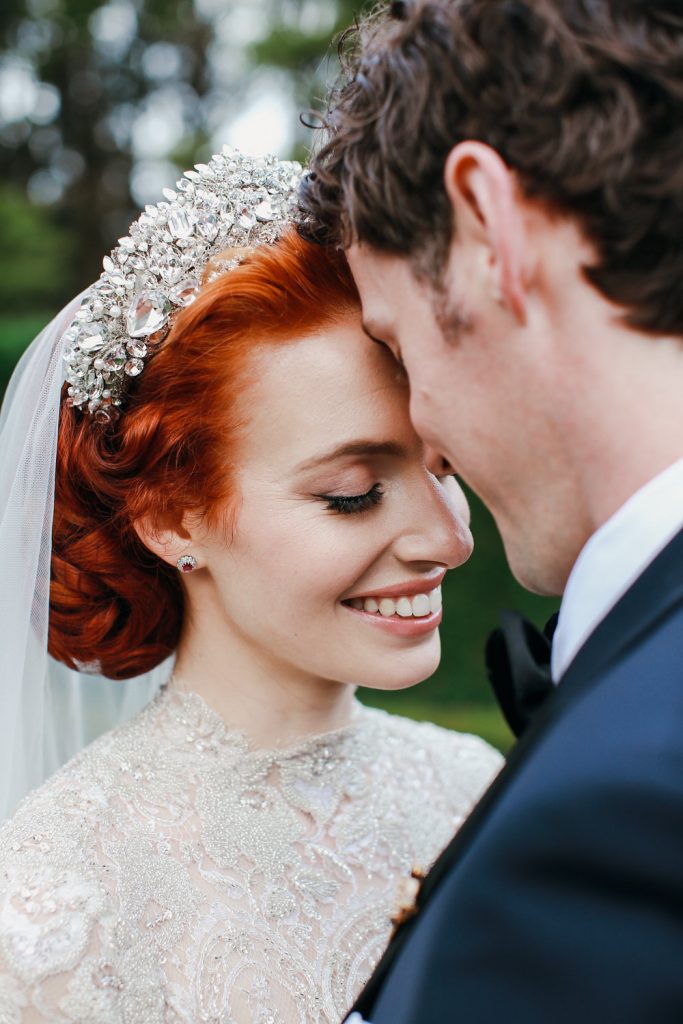 “We really started enjoying the little bits of time off we had together,” Lachlan told The Daily Telegraph. “It was obvious for both of us that we had a lot of feelings for each other so it happened naturally that we started spending more time together on top of already spending every day working and performing together.”

Lachlan was (understandably) drawn to Emma’s stunning smile, however it was his musical talent that won the yellow Wiggle over. “Definitely for me, I was attracted straight away to Lachy’s musicality,” Watkins told The Daily Telegraph. “Lachy is also a gentleman. I have always loved his kind, gentle nature. Being able to experience, together, this amazing time of becoming Wiggles has been the best thing to happen to me. He makes me smile and I have never been happier.” Emma’s joy was clear to see on the day of the wedding, with the gorgeous bride flashing her iconic mega-watt smile every other moment, which definitely had something to do the herd of baby goats that stole the spotlight!

“I love goats. I really do love baby goats and just after the ceremony our guests enjoyed canapés around the side of Hopewood House on the balcony and we had a group of mini goats,” Emma tells us. “Some of the guests were able to bottle feed the goats and take pictures.” And Fairies, believe us, these pictures do this beautiful wedding justice. Speaking of the wedding, the ceremony was steeped in heartfelt meaning and personalised touches, with Emma and Lachlan’s family and friends contributing to and sharing in the happy moment.

“The beginning of our ceremony was quite special as Anthony (blue Wiggle) has been wanting to play bagpipes at our wedding since almost a year ago,” says Emma. “He used to play when he was in the army and so for the last year he practised every day. He was able to meet up with old friends from the army and practise all around Australia while we were touring. One of his good friends, Michael McDaniel, came to our wedding and together they piped me down the aisle. 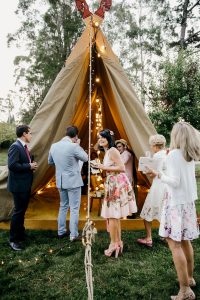 Then in the reception, Anthony and Michael were joined by another of our friends, Robert Patterson, and they played an impromptu tune and had Murray’s (original red Wiggle) wife Meg, Captain Feathersword’s wife Charmaine and one of our Irish dancing teachers, Leanne Halloran dance for the reception. Brilliant!”

Emma goes on to tell us that her father practises medieval sword fighting, with her and Lachlan wanting to incorporate it into the ceremony to surprise the mums. “Lachy went to sword fighting classes with Dad in the lead up to the wedding and they practised more of a ceremonial sabre demonstration. Then in the ceremony our celebrant, Trish, asked, ‘Who brings Lachy and Emma here to be married,’ parents replied ‘We do’ then Dad said, ‘But before, let me test this man’s metal,’ and then handed Lachy a sabre and they performed their choreographed sword piece to Troldhaugen’s ‘Wedding Day’.” But there were still a few surprises in store yet, with the Lachlan keeping a few things up his sleeve. “Unknown to me Lachy had arranged to perform a song for me with words written by Ben Elton to my favourite Irish tune, The Countess Cathleen (from Riverdance), played on piano by Oliver.”

“Lachy spoke and sung the words and halfway through had organised two of our friends to bring out giant Emma Wiggle dolls to dance with. I was laughing and crying, but Lachy and I were dancing and so were these two friends with toy Emma’s. I loved this moment.” Another lovely moment was the was Emma and Lachlan said (or didn’t) their vows. “Lachy and I decided that we would sign our vows to each other using ASL, American Sign Language. When we got engaged, we had been touring in New York and had seen the revival of ‘Spring Awakening’ on Broadway with half the cast being deaf actors. We were inspired to include one of the songs in our ceremony. Just using our hands and faces was an incredibly emotional and powerful way to express our feelings.” 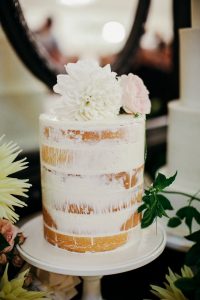 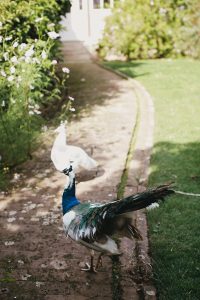 For the ceremony we had:

For the reception we had:

Six Women turn up to Wedding Wearing the same Dress