When Kristy’s partner Jock planned a surprise trip for the two of them, he purposely left Kristy in the dark until the moment they found themselves at the airport check-in desk.

After two days in sunny Hamilton Island, Jock told Kristy to wear something nice as they would be going out for lunch. But when a van picked them up to take them to the airport, Kristy began to suspect something. 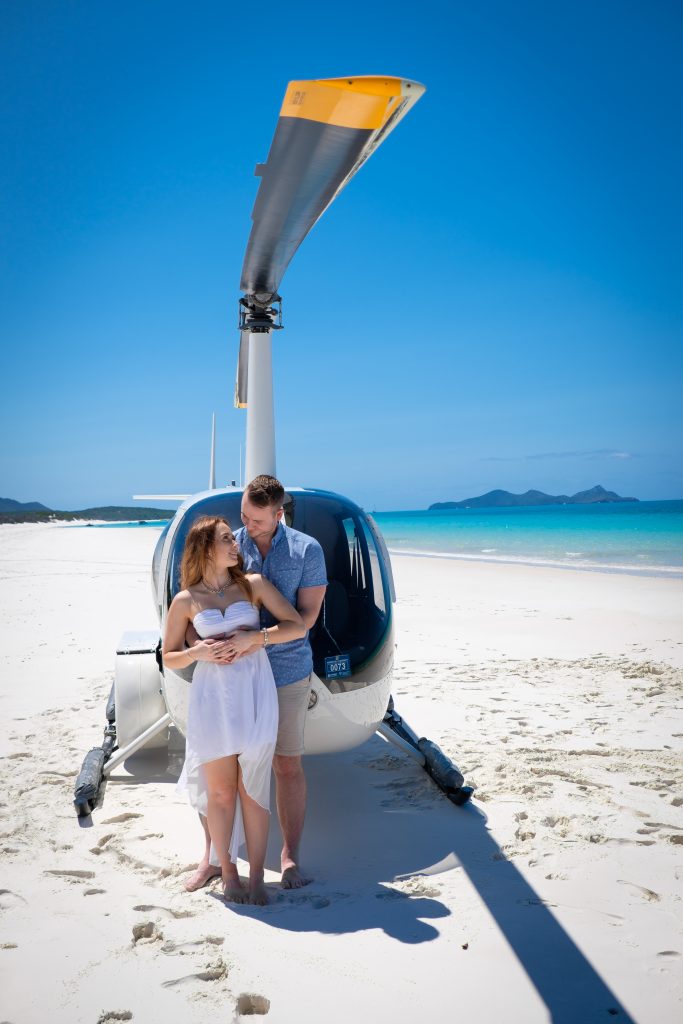 As the helicopter flew them over the picturesque Whitehaven Beach, Kristy looked out the window and saw a big proposal banner within a heart drawn in the sand. By then, the ‘tourist’ was revealed to be a photographer who took photos of Kristy and Jock as they landed on the beach.

After a champagne-filled picnic, Kristy and Jock returned to their hotel to find more champagne and rose petals, before wrapping up their dream day drinking cocktails at the hotel swim-up bar and listening to live acoustic music.

“I can’t believe the effort he went to and I seriously feel like the luckiest girl in the world! I could not dream of a better proposal. Our relationship began on a beach and so has the next chapter of our lives.” 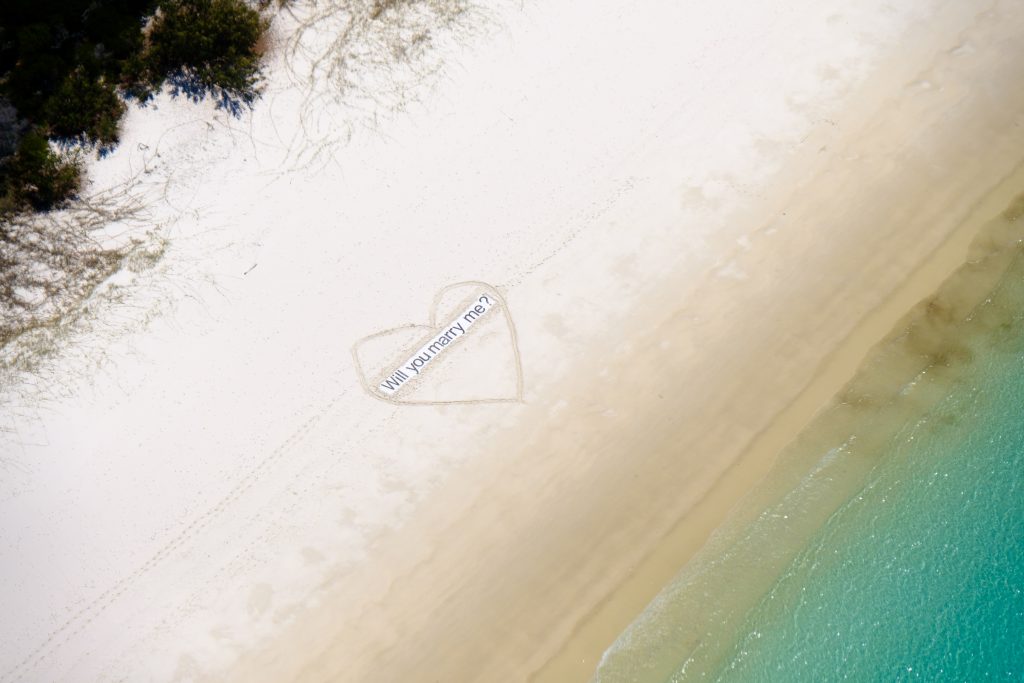 Posted in Ever After, Location, Queensland, Rock Wonderland by wedded wonderland