Brisbane bride, Bernadette Beahan was faced with the ultimate decision – attend her own wedding, or be by the side of her best friend and bridesmaid as she gives birth.

Bernadette’s bestie, Melissa wasn’t due until five weeks after the wedding, however, on the morning of her Big Day, Melissa gave Bernadette a call to say she was in labor. Melissa gave birth within the hour and Bernadette obviously wanted to see the new bub as soon as possible, so she rearranged her hair and makeup appointments and raced to the hospital with her bridesmaid posse and photographer in tow to visit newborn, Hunter on the way to the wedding!

This organised bride managed to make it to her wedding and the birth of her bestie’s son in the same day! 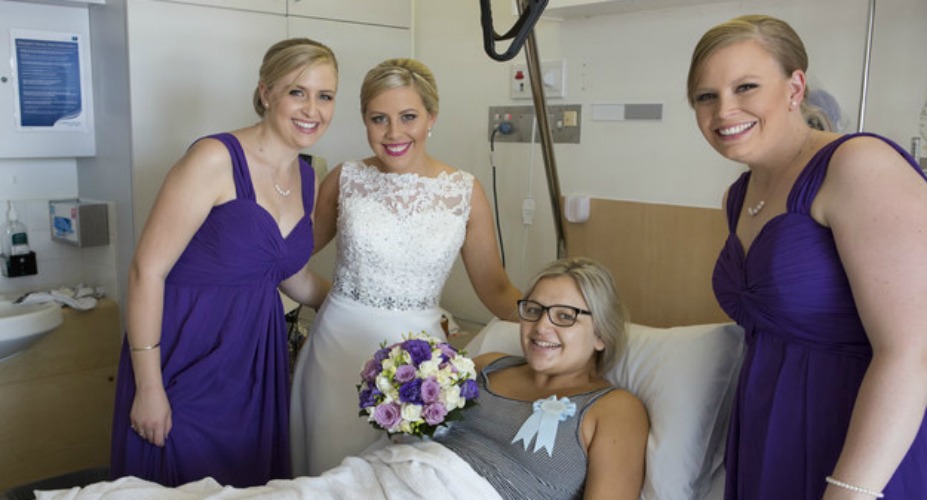 THIS GUY MARRIED A SEX DOLL, BUT THE REASON WILL MAKE YOU CRY!