Annie Atkinson, the founder of She’s in the Glow was introduced to her Groom Henry Bodmer in New York City in the spring of 2013. “After the first time we met, we didn’t see each other for a few weeks, but he was always in the back of my mind,” she told Vogue.

The second time they met was at Coachella in California. “It was my first ‘festival experience’ and Henry was there,” Annie remembers. “We spent the whole weekend by each other’s sides—but as friends.” On the third and final night a sandstorm hit. “I was covered in sand and wanted nothing more than to escape,” admits Annie. “Henry left all of his friends and escorted his cousin and me out and spent the next hour looking for a way to get us home safely. It was pure chaos. Finally safely inside a car that he had flagged down, Henry made an executive decision, and after packing up our bags, we went back to Los Angeles, where the three of us ended up comfortably spending the night at one of his favorite hotels. He was my knight in shining armor!”

When they returned to New York, Henry didn’t waste any time asking Annie out on their first date … and the rest is history!

Both Annie and Henry both wanted an autumn wedding, however choosing the destination proved to be difficult, in the end they went with Annie’s hometown of Tulsa at the Philbrook Museum of Art, which looks like a romantic Tuscan villa.

While Annie stunned in a Monique Lhuillier delicate lace, form-fitting dress with a dramatic ostrich feather skirt, complete with silver sequin Chanel sandals, her Bridesmaids – who each chose their own dresses, walked down the aisle in varying shades of pink and blush, representing a stunning ombre effect.

The colour palette for the Wedding was like an ethereal pink explosion—but done in an ever so sophisticated way, incorporating natural green elements throughout. Their night ended in open warehouse space in downtown Tulsa that they turned into a Brooklyn warehouse–inspired rave for the post-reception party. “We flew in a friend from California who DJ’d, we had two food trucks; cotton candy cones were passed around. We even gave guests wristbands that lit up with the sound of music. It was a wild night that didn’t end until the sun came up.” 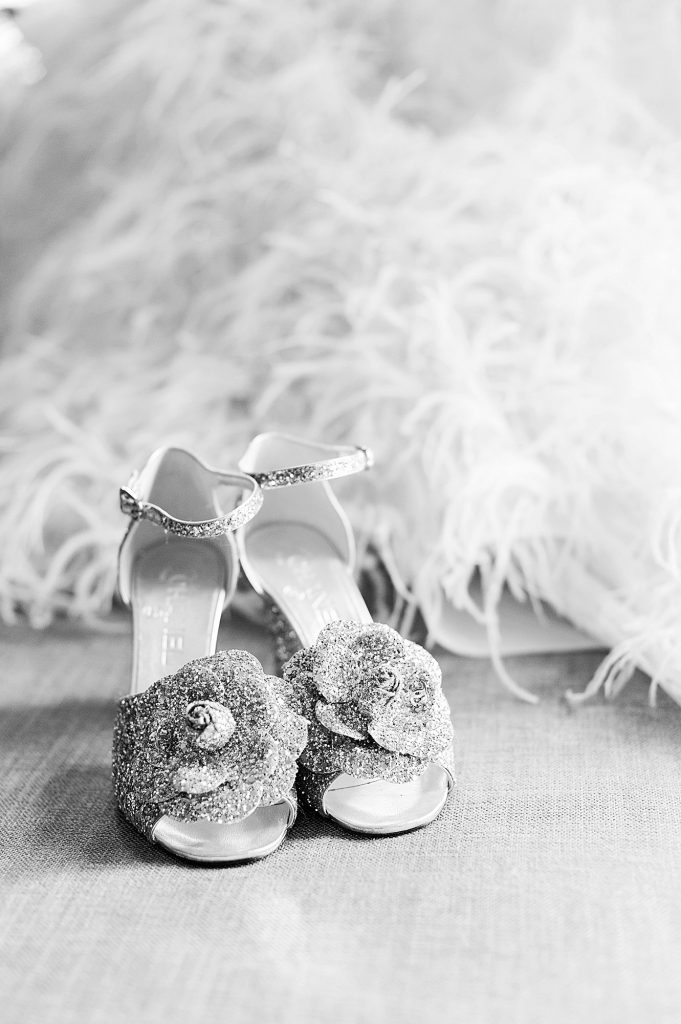 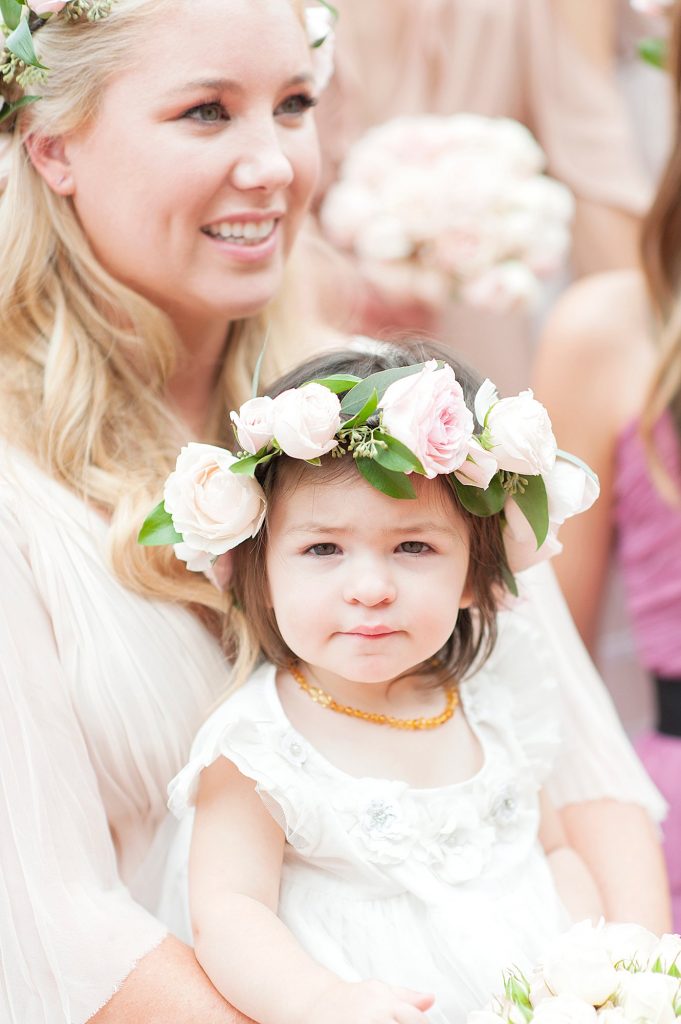 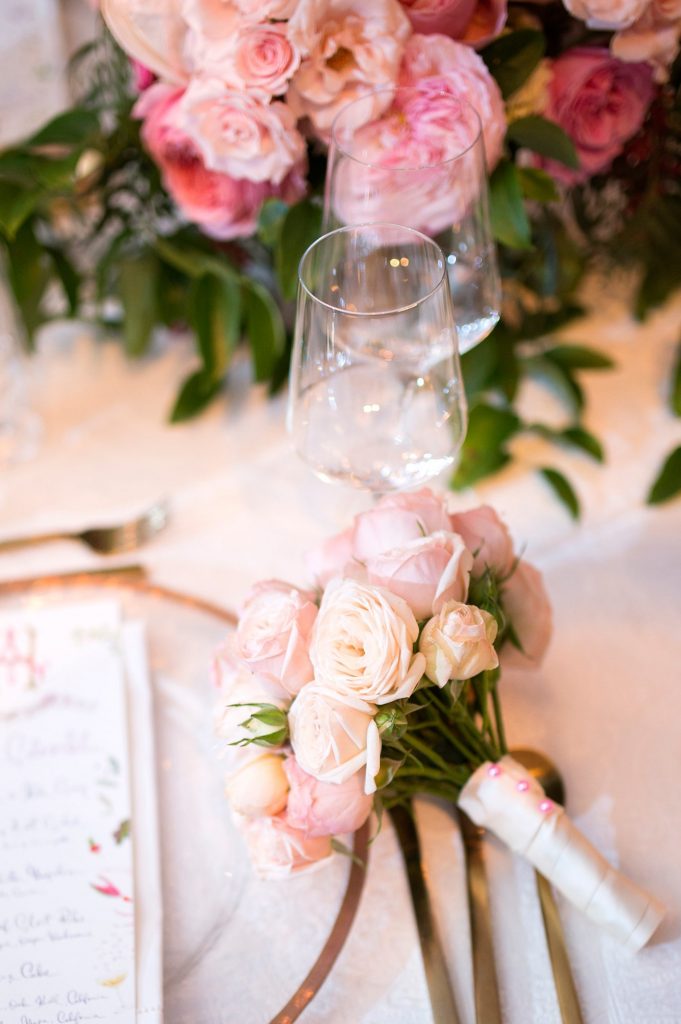 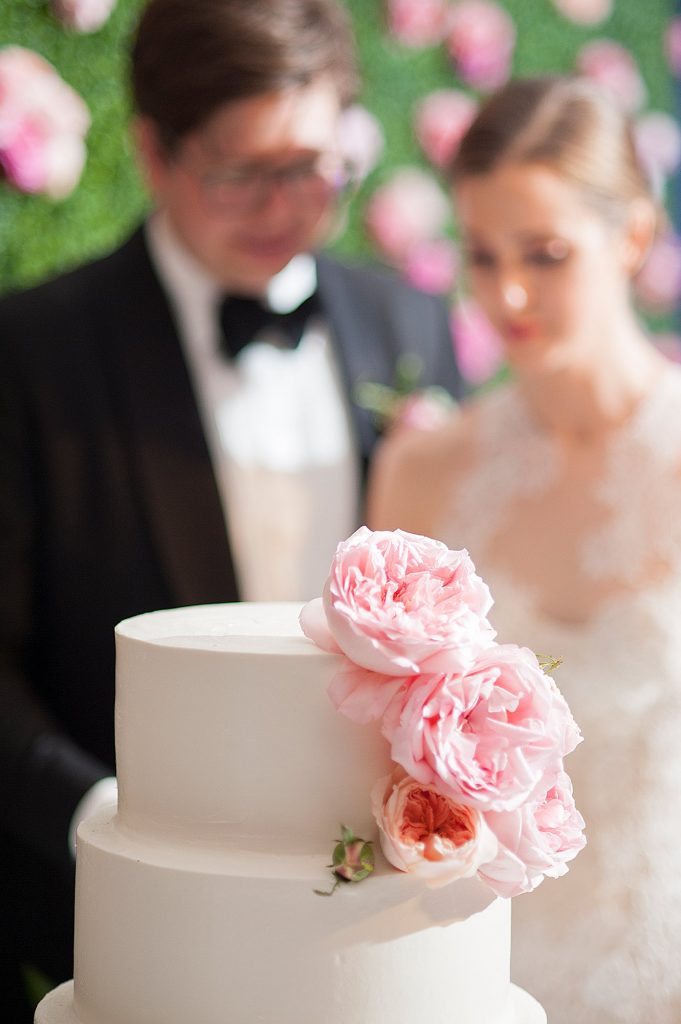