Although Meghan Markle’s wedding dress choice has been quite controversial since she stepped out of that car, one thing can be said – she looked absolutely angelic.

The gown, designed by Clare Waight Keller for Givenchy, was a timeless creation featuring a bateau neckline, a slim silhouette, and three-quarter sleeves. It was elegant, minimalist, and the perfect halfway point of tradition and modernity.

It also featured personalised touches which added a more down-to-earth feeling to the royal festivities, encapsulating everything that both Meghan and Harry are passionate about 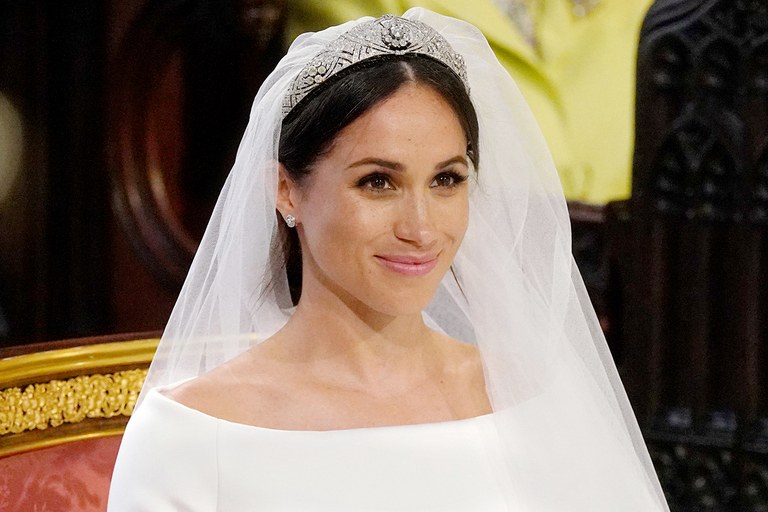 Known for her charity work, even before she met Harry, Meghan asked that all 53 countries of the Commonwealth be included on her wedding day. According to the Royal Palace, the veil was created to represent the flowers of each country as Meghan will now take on the role of Commonwealth Youth Ambassador

As the Palace reports, extensive research went into the creation of the veil and ensuring each flower was unique.

“Each flower was worked flat, in three dimensions to create a unique and delicate design. The workers spent hundreds of hours meticulously sewing and washing their hands every thirty minutes to keep the tulle and threads pristine.”

Meghan also had two of her favourite flowers, Wintersweet and California Poppy, worked into the veil. It was then completed with crops of wheat embroidered into the front of the veil as a symbol of love and charity.

A list of all 53 flowers can be found on the official royal site.

6 Ways Harry and Meghan Included Princess Diana In Their Wedding