MAFS: Gabrielle and Sarah Confirm Nasser Had A Secret Girlfriend “The Whole Time”

We really have been trying to let go of our Married At First Sight obsession but the show’s stars continue to drop bombshells that keep drawing us back. That’s what good reality TV is all about though, right?

So, Nasser, Dean and Gabrielle appeared live in the KIIS FM studio on the Kyle and Jackie O Show to clear up some post-MAFS rumours, while other cast members – including Sarah – were on the phone. If you were keeping up with the show, you’d know that Nasser and Gab started off as a couple everyone was rooting for, until Nasser started to show his true colours – and had a tendency to speak on behalf of people.

After saying he was “100 per cent sure” that Sarah and Telv had broken up, Sarah hit back, telling Kyle and Jackie O, “I definitely would not put an ounce of merit into one single thing that Nasser has to say.”

Things only got more dramatic, with Sarah continuing, “Nasser’s not the gem that I think everybody thinks he is … Nobody speaks to Nasser anymore because Nasser tells lots of stories to the media so he’s not really our friend anymore.”

And then the ultimate bombshell:

“You know Nasser actually had a girlfriend the whole time the show was being filmed?” Although Nasser denied the allegation, Sarah continued by revealing “he actually shipped her off … so he could film it. I actually feel sorry for Gab. Poor Gabrielle.”

Meanwhile, Nasser tried to flip the situation by sarcastically saying he had many girlfriends on the side while Jackie O focused on Gab, asking her if she knew about Nasser’s infidelity.

While Nasser continued to deny the claims, this isn’t the first time that a “secret girlfriend” has been brought up, with an insider revealing to Women’s Day in February that Nasser was leading a “double life.”

“On weekends, he’d disappear without a trace, leaving Gabrielle to wonder where her husband was, and struggling to understand what went wrong between them … We now know Nasser was in fact in contact with another woman throughout the whole of the show.”

According to the source, the woman was believed to be an ex-girlfriend and that “as filming had wrapped, and before the reunion, he booked a trip with her to Bali.” 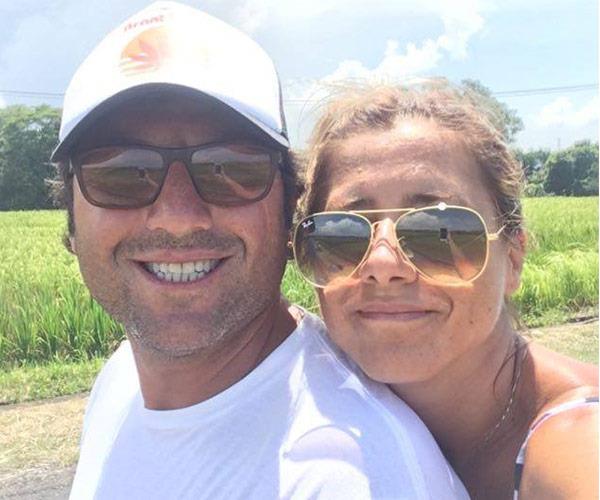 Via Now To Love

Well, at least John and Mel are still going strong.