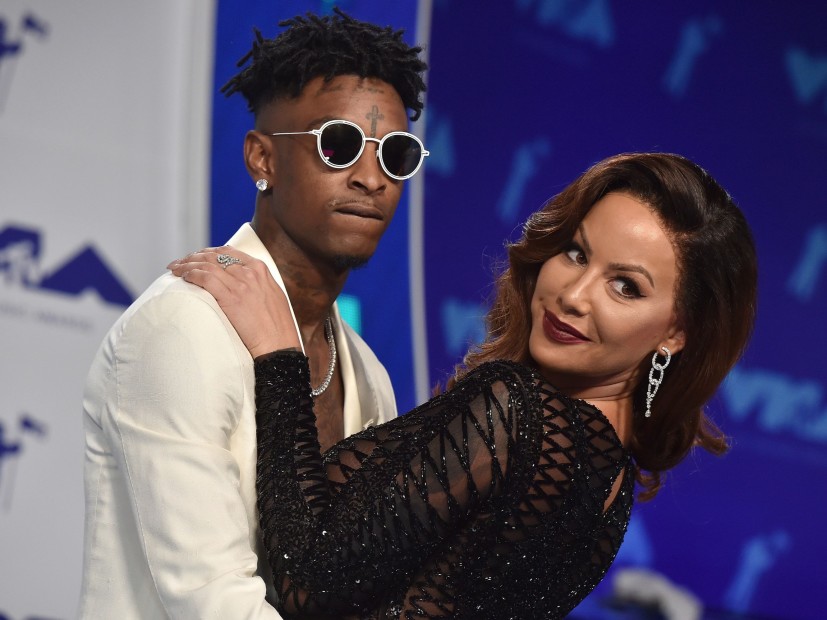 Are Amber Rose and 21 Savage engaged? That’s the question that everyone was suddenly asking when the American model and actress showed off some serious bling on her ring finger in an Instagram post on Saturday. Or at least, that’s what everyone thought.

Of course, this was all just speculation: In reality, Rose simply shared a photo of a fan’s nail art on her social media. The gorgeous engagement ring in question belonged to the fan, not to Rose. Rose and her rapper boyfriend, Savage, have been dating less than a year, and have no plans to get hitched any time soon. “I am not engaged … Not yet,” Rose told Us Weekly. In fact, Rose only broke up with her ex, Val Chmerkovskiy, seven months ago. Not to mention Rose is almost a decade older than Savage! Oh well – just because something’s true doesn’t mean it’s any fun.

Rose probably isn’t looking to rush into marriage again, after her marriage to rapper Wiz Khalifa ended after only a year in 2014. Rose and Wiz Khalifa share joint custody of their son, Sebastian Taylor Thomaz. Still, engaged or not, the couple seem very much in love, with Amber recently expressing her love for Savage on Instagram: ‘It’s pretty amazing waking up every morning feeling love like this,’ she wrote in the Instagram post.

“I’m so thankful that God brought this amazing person in my life who genuinely has my back and is ready to “pull up” to defend my honor by any means. Maybe he’s just as broken as me and that’s why we’re perfect for each other but either way he’s not going anywhere and neither am I,” Rose wrote. So sweet!

One thing remains certain: it sure was a beautiful engagement ring, no matter who it belonged to!