A Fake Acting Gig Turns Into A Surprise Proposal

“I was introduced to Danea by her sister. She was dressed as a conservative pirate. It’s not the costume I would’ve typically been attracted to at the time, but I guess it makes for a more ironic story of how she STOLE my heart.”

Having met at an exclusive Halloween Party, Danea and Devon immediately hit it off, thanks in part to the fabulous matchmaking abilities of Danea’s sister, Danielle.

“Her smile lit up the room, and the one eye that I could see was enchanting.”

Devon really wanted to catch Danea off guard with his proposal. He intricately planned a fake acting gig, set up through Danea’s agent. Giving a time, location and attire, he even hired a makeup artist, director, two videographers, and a photographer to make it seem authentic.

Overcome with joy and surprise, Danea couldn’t deny such a heart-warming proposal.

With a gorgeous Jane Nehme custom ring with a 2.3-carat centre stone and a 4.5-carat total weight, this happy couple will tie the knot on the 20th of October this year.

This date holds significant value as it is the day they first met and the day they got engaged, 5 years later.

“It is also the date of when I lost my father (20/10/10). I believe having our wedding on that day will help remove the sombre overcast associated with that date, and help to shine a positive light on our future.”

Congratulations to the happy couple!

All photography by Nikki Ryan 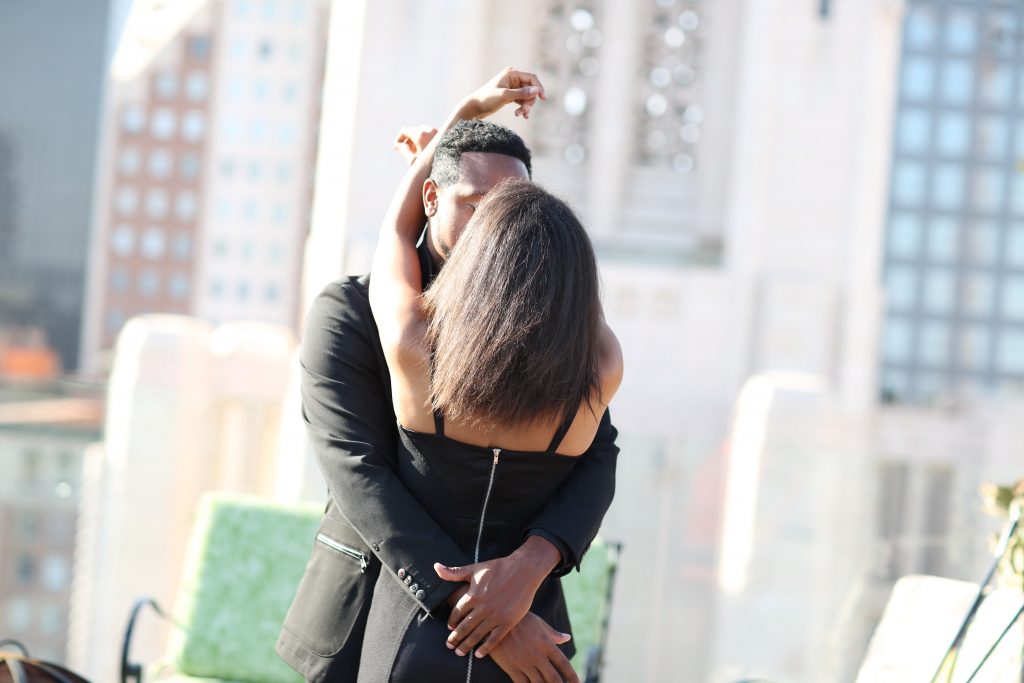 The One Way Millennial Brides Are Changing The Wedding Game

An Enchanted Wedding In The Woods of Minnesota