A century of Wedding gown trends

Everything evolves over time and the iconic Wedding Dress is no different, changing drastically over the last century. Here are Wedded HQ, we are going to take you on a journey through the evolution of the Wedding Dress!

The 1920s was the jazz and flapper era. Dresses became shorter (above the knee) and had a swing hemline! The 1920 bride also had a huge flower bouquet with ribbons intertwined and veils were worn with a flapper headpiece which flowed into a long train. During the 1930s, the Depression era hit and most Brides opted to wear something they already owned. If you were fortunate enough to afford a new dress for the Wedding, the style was focused on floor-length hemlines and prominent waistlines. Hats were the big trend and were worn as opposed to veils. Images from Getty and vintag.es

During the war, Weddings were rushed, regularly organised in just a few days so that they could take place before the Groom was sent back to his army base! If gowns were worn at this time, they generally had rounded shoulders and gathered sleeves. The Wedding dress in the 1950s took a drastic change! It was all about the fuller skirt and a fitted bodice that cinched at the waist, creating a true hourglass figure. Strapless gowns also became popular with bolero jackets was worn over the top! Gloves and bird-caged veils were a must if you were 1950s Bride. Waistlines moved higher and the gorgeous empire-line silhouettes were incorporated in the Wedding dress of the sixties! Necklines were modest and kept fairly high and the gowns were embellished with metallics and floral details. Image from Getty and weheartvintage.co

This decade was all about cathedral trains, full-length veils and laced-edged frills. Oversized shoulders and mandarin-collared necklines were also very fashionable in the 80s. This decade included a classic, yet glamorous look for the on-trend Brides. There was hardly any lace or beading, however the silhouette of the gowns were much more fitted and led to a more androgynous look! Straight-forth veils and flower crowns were also popular. 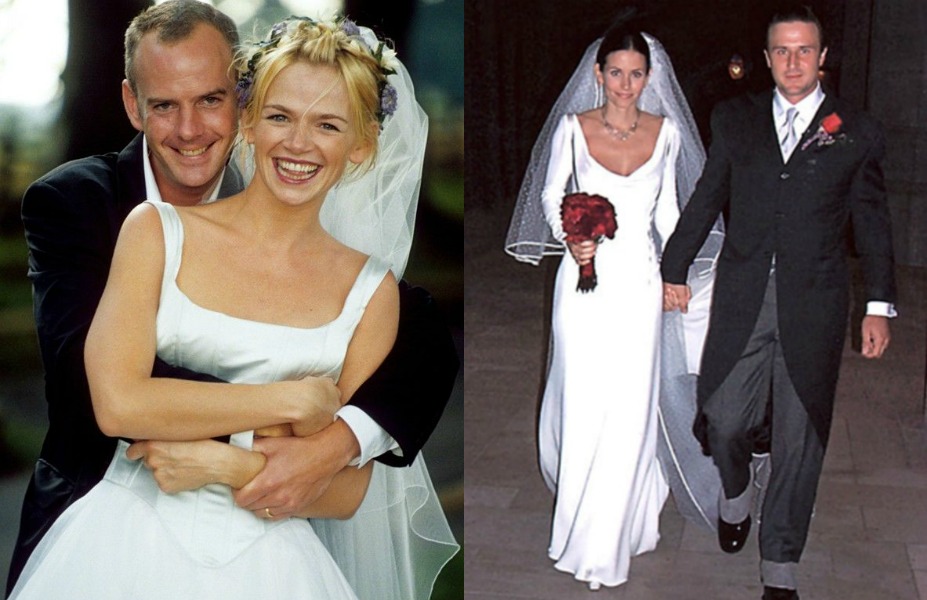 Images from usmagazine.com and Getty

The new millennium saw Brides opting for strapless gowns and pick-up skirts. Veils weren’t as popular as they were in the past and Brides tended to style their hair with flowers, fascinators or tiaras. Lace and beading appeared as a belt across the waist or the skirt. Images from eonline.com and Getty

Nowadays, Brides can choose from a variety of different Wedding gowns. The mermaid silhouette has proven to be popular with intricate beading and crystals. Romantic veils that drape over the Bride’s head are also extremely popular. Frederika Arti Martesor, the Albanian couturier you need to know