8 Symbolic Eastern Orthodox Wedding Traditions You Might Not Know

The Eastern Orthodox faith varies slightly in different regions and is practised in Mediterranean, Middle Eastern, and Eastern European countries, including Greece, Lebanon, Egypt, Russia, Ukraine, Serbia, and more. Orthodox beliefs and rituals differ from Catholic traditions as they practice the “original Christian faith,” with traditions mostly unchanged for 2,000 years.

Full of symbolism and rich culture, below are 8 rituals that are performed in an Eastern Orthodox wedding.

They Go For A Really Long Time

Orthodox wedding ceremonies are not for the faint-hearted – by that we mean they go on longer than a Catholic ceremony, so be prepared. Orthodox ceremonies can go for around 45 minutes due to the fact that the tradition has not been changed for thousands of years. So, if you’re the sort of person who gets fidgety, you may find it difficult to sit through.

In the Coptic Orthodox Church, as well as the Ethiopian Tewahedo Church, brides and grooms are adorned in royal garments, including embroidered capes, crowns, and jewellery. According to The Bleu Studio, this is to represent that the bride and groom are the “newly adorned leaders of their household.” 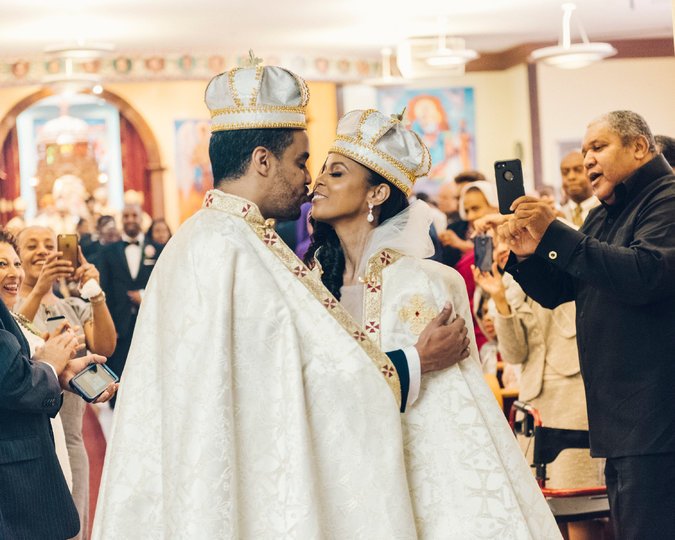 A 2017 Fairytale: Woman Marries Ethiopian Prince She Met In A Nightclub

The Rite of Betrothal

During the Rite of Betrothal, or the exchanging of the rings, the priest blesses the rings and holds them in his right hand as he makes the sign of the cross. In some traditions, the priest will hold the rings to the foreheads of the couple and exchanges the rings three times between them to signify their devotion and commitment to one another. As explained by St. Michael Orthodox Church, “in married life, the weakness of one partner will be compensated by the strength of the other, the imperfections of one, by the perfection of the other. By themselves, the newly betrothed are incomplete, but together they are made perfect.”

Holding Candles and Joining Of The Right Hands

The couple are each given a candle to hold in their left hand during the ceremony. This represents their belief in Jesus Christ as the Light of The World and that they will be guided through life by the teachings of the Church. The couple’s right hands are then joined by the priest as a symbol of unification. A Modern Yet Traditional Real Wedding in Melbourne

Crowning Of The Couple

The main part of the ceremony is the Crowning of the couple. Here, the ceremonial crowns are placed on top of the bride and groom’s heads as a symbol of their status as King and Queen of their new household. The priest blesses the crowns in the name of the Trinity and exchanges them three times between the couple to seal the union. Depending on which church it is, the crown can either be traditional or a wreath of flowers. In the Greek church, the crowns are made of wire with a length of white satin between them. 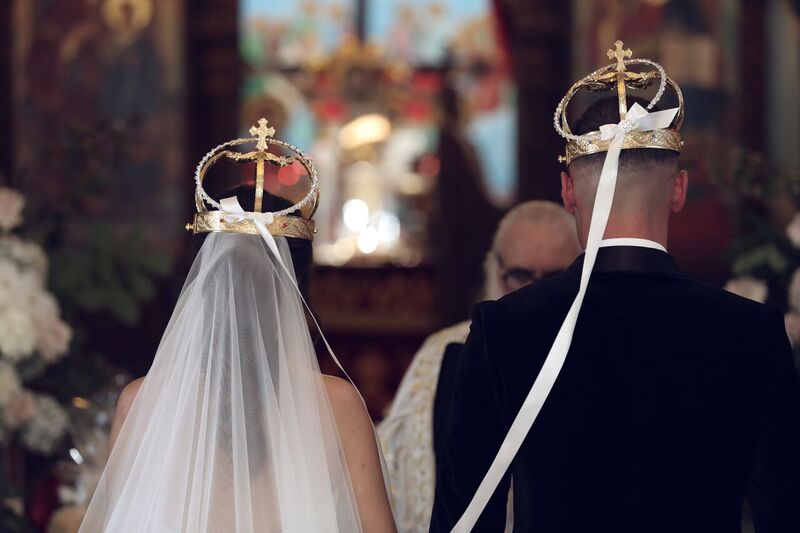 Drinking From The Common Cup

Following the Crowning of the couple, the priest then reads the Epistle and from the Gospel, telling the story of the Marriage at Cana when Jesus turned water into wine. To honour this, the couple are given wine to drink from the “Common Cup.” The Cup represents the life the couple will share together, including the doubling of joy and the halving of sorrows.

After the drinking from the Common Cup, the couple are led around the altar by the priest three times in a circle. In his hands is the Bible, symbolising that the Word of God will lead them through life, while the circle symbolises eternal marriage. As the walk is undertaken, a hymn to the Holy Martyrs is sung to represent sacrificial love in marriage. These are the first steps at the couple take as husband and wife. 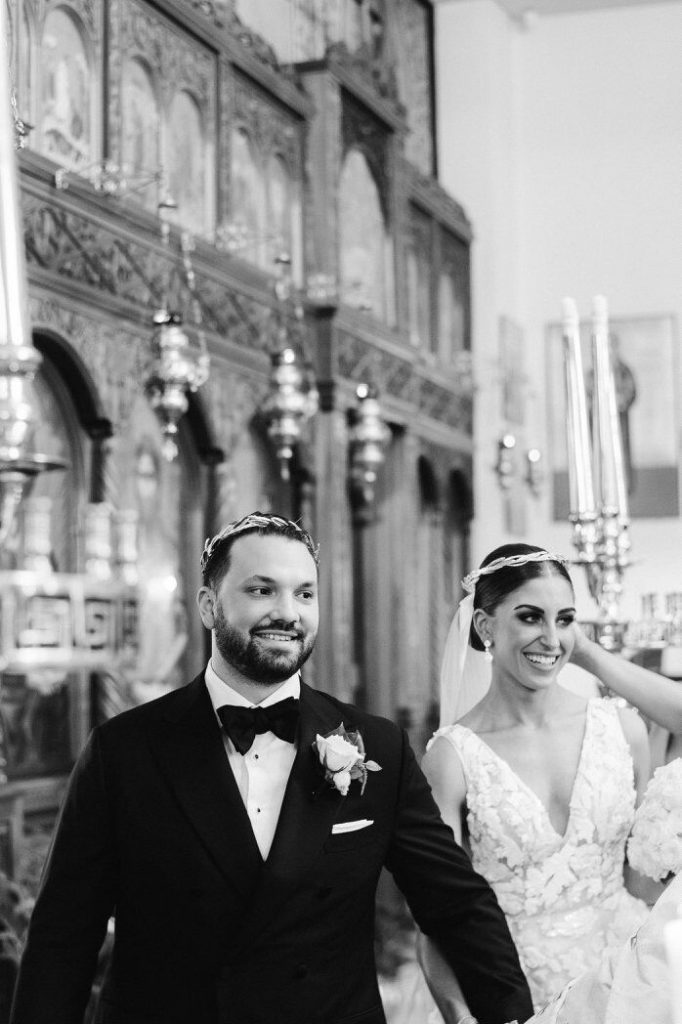 A Greek Wedding With A Nike Sneakers Proposal

The Final Blessing and Removal of Crowns

At the end of the ceremony, the priest removes the crowns and blesses the couple one last time as they are now husband and wife. The couples linked hands are then separated by the priest using the Bible, reminding them that the only way their marriage can be broken is by God.

Should You Get Married During Easter?