In Hollywood, celebrity weddings are usually a grand affair. With unlimited access to designer clothes, shoes and brands and huge amounts of cash to spend on wedding location, photographers, flowers and food, most celebrity weddings are a big, grand and luxurious party. However, there are some celebrities who decided to forego the glitz and glam and instead opt for a very low-key, intimate and private affair.

Here are some celebrities who proved that intimate is best.

With a combined net worth of over $1 billion, you would think that Beyonce and Jay Z’s wedding would be one of the biggest weddings of all time. However, the pair decided to have an intimate and private affair with the couple inviting only 40 of their closest family and friends. The pair got married in Jay Z’s TriBeca penthouse apartment.

Hailed as one of the greatest supermodels in the world, Bundchen would have had designers knocking on her door begging to design her wedding dress. However, nine years later, details of who designed her wedding dress is still unknown. The couple got married in an intimate ceremony at a Catholic Church in Santa Monica and again at the couple’s Costa Rican vacation home.

The couple had a very private and intimate wedding ceremony with only four guests present, including his daughter and her son.

In an interview with GQ in 2015, Craig says, “We did it private and we’ve got a lot of people to thank for that. But that was the point; we did it for private reasons. The whole point is that it was a secret. A secret is a secret.” 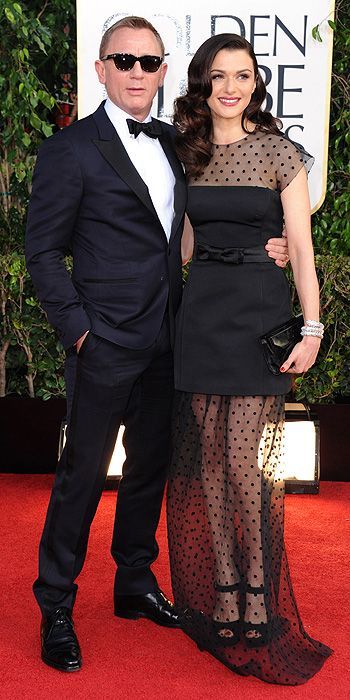 The Aussie actress married her long-time boyfriend in a top secret ceremony in Australia. The pair only invited 50 guests and didn’t tell their guest the location of the wedding till the actual day. To keep the wedding a private affair, the couple also confiscated phones and hired top security to make sure nothing gets leaked. Robbie then announced her marriage with a cheeky insta post.

The couple were together for over five years before tying the knot in September 2013 in a private courthouse ceremony. In an instagram post, Bell shared some marriage advice: “In 10 years, when the dopamine has waned, remember: Life is a crazy ride. It’s a privilege to go through it with a partner. Take necessary separateness. It will make your marriage better. Loving someone despite their faults, failings or characters defects is the most powerful loving thing you can do.” We couldn’t agree more!

The couple got married in September 2012 in a small ceremony at Boone Hall Plantation. Little details have been revealed about the couple’s wedding but it is rumored that Blake’s close friend Florence Wench of Florence + The Machine gave an impromptu performance and the bride wore a Marchesa gown.