With their sights set on a May 5th wedding, 25-year-old Zanele Ndlovu and her fiancé Jamie Fox, 27, weren’t expecting the worst when they set out on a canoe tour of the Zambezi River above the Victoria Falls.

“We had no fears at all,” Zanele, a former Zimbabwean national tennis player, told the BBC. “They mentioned: ‘You will see a couple of crocodiles’, but they didn’t warn us they could attack us.”

“It is very relaxed water,” said Jamie. “It was a really relaxed time. We didn’t see or hear it or anything.” 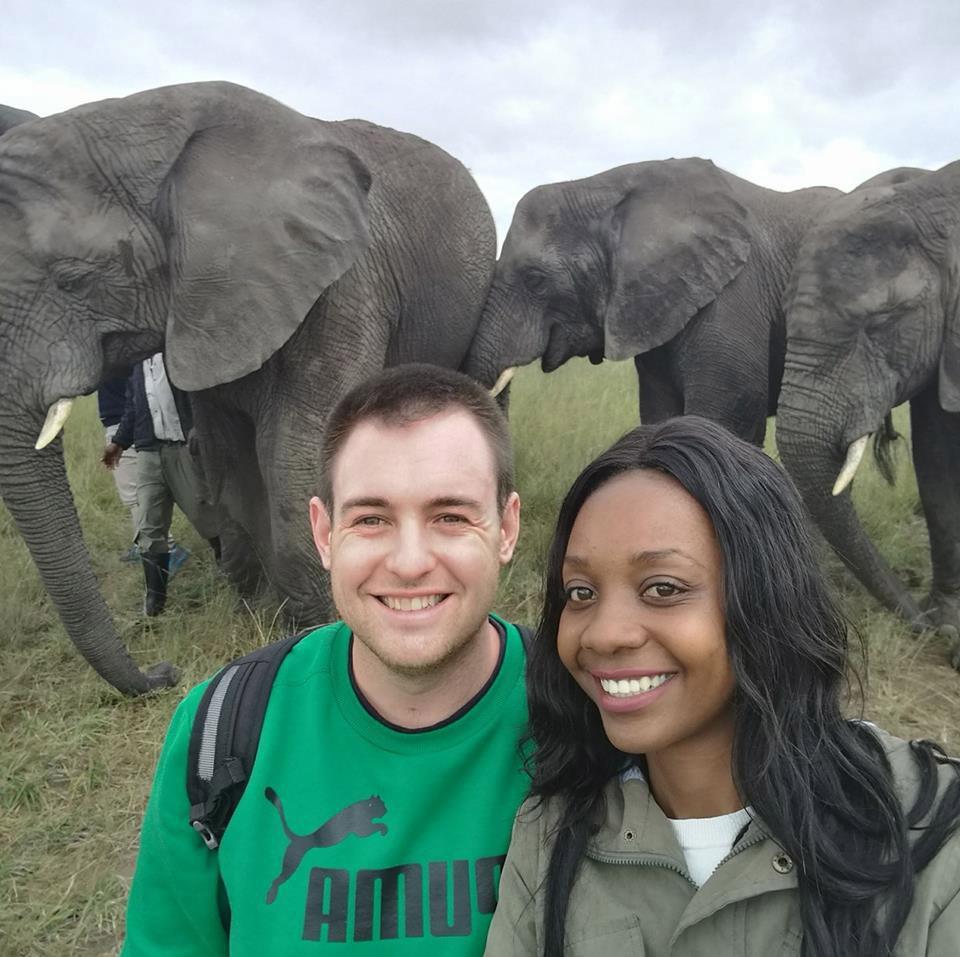 Despite the calm water, a crocodile lurked nearby and sprung out for an attack, surprising the couple as it latched onto Zanele’s arm, though it took her “a couple of seconds to realise it was actually a real crocodile.”

“It jumped out of the water and bit a chunk of my right arm together with the side of the canoe, which started deflating and it all just happened so fast,” she told The Chronicle. “The crocodile bit me again and pulled me into the water.

“Jamie swam over to where I was struggling with the crocodile that was trying to pull me to the bottom of the river and grabbed my waist and with the other hand he rained blows down on the crocodile.

“The guides saw us battling the crocodile and joined in and the crocodile finally let go. The pain was excruciating but Jamie was by my side and I summoned the strength to fight through it and although he was in shock he calmed me down.” She told the BBC, “My first thought was: ‘I am going to die.’ The water was now bloody. But then, after a while, I thought: ‘No, let me just fight.’ I just kind of hung in there until the tour guides were able to save me and get me onto their canoe.”

The tour guides present described to NDTV how they watched the crocodile prepare for the ‘death roll’ before finally letting go, giving them time to get Zanele out of the water and to apply a tourniquet to her arm.

At the Mater Dei Hospital 300 miles away from the Victoria Falls, doctors made the decision to amputate Zanele’s arm. Despite everything, however, Zanele remained adamant on having her wedding on the 5th of May.

“Once the operation was done, after a day or two, the doctor said: ‘We are seeing how well you are managing you injuries.’ He said the hospital would be able to accommodate our wedding, if we had it on the hospital site, at their chapel.”

With some last minute changes, the wedding went through for the loved-up couple, with the pair determined not to let things ruin their special day. “I spent a lot of time preparing for my wedding day. I didn’t know that fate would have me being wed in a hospital chapel with one limb missing,” she said. “But in all this I am not complaining and my wedding was the best and I am so happy we proceeded despite all the drama and I have a wonderful husband.”

Since the wedding, the pair have been working on getting Zanele’s visa prepared for a move to the UK before thinking about a honeymoon.

“Life is unpredictable. You know when they say when you make plans, God laughs? That makes so much more sense to me now.”

Posted in Africa, Ever After, News, Real Weddings by wedded wonderland

A Luxurious Wedding At The Miami Biltmore Hotel

Where To Exclusively Buy Galia Lahav In Australia