The long-awaited 90th Academy Awards are back and we are all going crazy. With so many great movies nominated this year, we’re finding it hard to choose a winner.

The stars have taken a night off from wearing black for this award ceremony, sticking to the more traditional eye-catching gowns that the Oscars are famous for.

From bold reds and yellows to pale pinks and white, there was a variety of colours popping on the red carpet. Here is everything you need to know about the Oscars 2018 red carpet.

Giuliana Rancic, Elizabeth Moss, Gina Rodriquez and Keala Settle have all been spotted wearing pale pink gowns this Oscar season. Much like last year’s millennial pink, this stunning colour is quickly becoming a major trend for 2018.

From gorgeous glitter to stunning long trains, these pale pink gowns are serious contenders for Best Dressed of the night. Yellow is also on trend this year, with the vibrant colour worn by Ladybird director, Greta Gerwig and Baby Diver’s Eliza Gonzales. This trend is a great way to stand out from the crowd – especially with the yellow popping against the red carpet!

Although yellow can be a hard colour to pull off, it also has the ability to make anyone the centre of attention. Remember to choose your shade of yellow wisely or else you may just end up looking washed out.

Another trend we can’t get enough of is the fashion forward mens suits. Straying away from the traditional black suit, actors including Armie Hammer, Chadwick Boseman, Timothée Chalemet and Daniel Kaluuya have all decided to incorporate different colours and materials into their suits.

Armie Hammer chose a dapper deep burgundy velvet suit and we are loving it. This gorgeous pop of colour makes him stand out from the crowd in the best way possible. Hammer’s Call Me by Your Name co-star, Timothée Chalemet wore a full bright white suit paired with black shoes. Bold. This young star is making a big name for himself this year, not only with his amazing acting abilities but with his daring fashion risks. Surprisingly, the ceremony has taken a break from intense political messages, with a noticeable lack of black gowns and suits. However, there are still a few celebrities donning Time’s Up badges, including Jane Fonda.

Best and Worst Looks of the Night

There have been numerous ups and downs this Oscars – a variety of hit-and-misses and some absolutely stunning looks have left us picking our mouths off the floor.

Jane Fonda looked her usual radiant self and has left us all wondering how she manages to look fantastic at every age. At 80, Fonda is defying aging, looking radiant in a white Balmain Gown. You go girl. Lupita Nyong’o looks like an Oscar herself in a gorgeous golden gown with a stunning high slit and gorgeous golden hair accessories. Can she ever get it wrong? No. No she can’t. Fitting in with the pale pink theme, Gina Rodriguez is a big contender for Best Dressed of the night. The intricate beading and jaw dropping low V-cut is making us swoon. The long train gives this look that little bit something extra and we are just loving it! Well done Gina! Has Taraji P. Henson ever made a fashion mistake in her life? This stunning actress is absolutely killing it in this gorgeous black sheer panelled dress. Rather than wearing black for a political message, she chose the colour and cut as a bold statement. Keeping slaying Taraji. 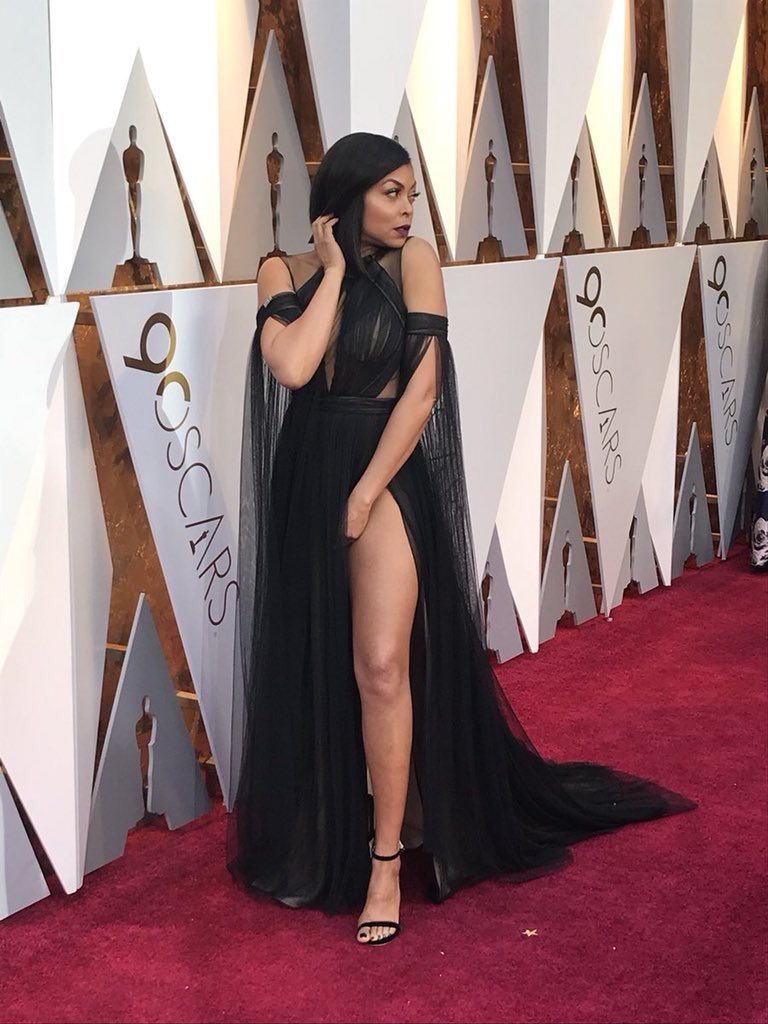 Margot Robbie has been one to watch this awards season, so it is no surprise that she is killing it in the fashion game. Wearing a stunning white custom Chanel gown with minimalist jewellery, she looks absolutely striking. Yas Margot! We are disappointed in Selma Hayek this year. Although purple is a huge colour right now, her dress goes beyond the trend. With too much sparkle, tiers of fabric and a cage of diamonds, this look has way too much going on. A hit and miss. St. Vincent looks like a bad impersonation of Bjork’s Swan Dress from 2001. We understand she was trying to be theatrical and different but this look just seems a mess. St. Vincent is drowning in the large bow and puffed sleeves, overpowering this whole look. Zendaya usually kills it on the red carpet but this look seems too conservative for her. This is the biggest night in film and everyone expected something more breathtaking from this beauty. Emma Stone looks as if she has put no effort into her fashion choice this year. Although she is one of the only women wearing pants and we applaud her for that, this look just doesn’t do anything for her. It would be better suited for a dinner, not the Oscars. This year is filled with some record-breaking madness and we can’t wait to see how it unfolds. With so many records already broken by simple nominations, there is already so much hype surrounding records this year.

Mary J. Blige is the first person ever to be nominated for both acting and an original song in the same film. Nominated for Best Supporting Actress for Mudbound and Best Original Song – Mighty River also for Mudbound – makes this woman a force of nature. At 88, Christopher Plummer would be the oldest acting winner ever, beating the record he already has after winning for Beginners in 2012. We hope that he has the ability to beat his own record and show everyone that age does not define a successful career.

Meanwhile, if Jordan Peele manages to beat out favourite Guillermo del Toro for Best Director, he’ll be the first black winner in this category. Fingers crossed! At 22, Call Me by Your Name’s Timothée Chalamet would be the youngest Best Actor winner, beating out Adrien Brody who won when he was 29 for The Pianist.

The most likely of all tonight’s record-breakers is Agnes Varda, who – at 89 – is already the oldest nominee ever, so if her acclaimed film Faces Places wins Best Documentary then she’d be the oldest winner too. You go girl.

Some of the best moment are those that are often overlooked. With so much drama on the red carpet it is often hard to see those little moments that make these award ceremonies so special.

A favourite moment of ours was Helen Mirren taking tequila shots in the middle of the red carpet! This flawless queen surely knows how to have the best time at these ceremonies and we are loving her for it. Also, Rita Moreno wore the same dress that she wore to the 1962 Oscars when she won Best Supporting Actress for West Side Story. This gorgeous woman shows that beauty has no age limit and that you can look flawless in anything, anytime. 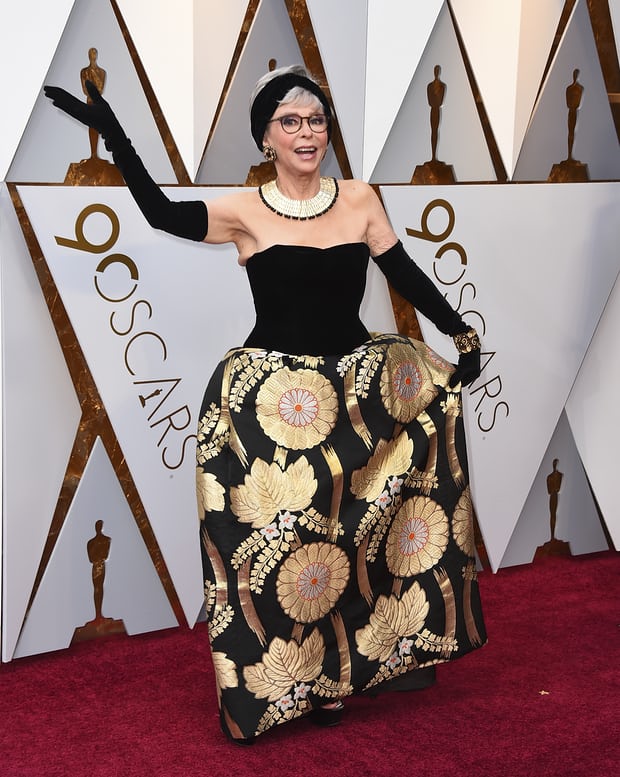 While most of us can’t even fit into our clothes from last year, Rita Moreno perfectly slips into her old dress, looking stunning as ever. A beautiful homage to a different era. That’s it from us! Enjoy the show.