Pop princess, Ciara and her professional footballer beau Russell Wilson are officially Married. The couple tied the knot on Wednesday in front of just 100 of their closest friends and family, including Ciara’s besties Jennifer Hudson and Kelly Rowland.

Over the weekend, it’s been revealed that Ciara’s Roberto Cavalli Couture gown by Peter Dundas had a secret hidden feature! In the sketch of the dress, it shows that Ciara had her initials, along with her new husband’s embroidered into the skirt, giving it a truly personal touch. The Wedding took place in an English castle in the country’s town of Cheshire and Ciara wore a couture Roberto Cavalli gown featuring a corseted bodice, shoelace tie front, delicate lace flared sleeves and a gorgeous removable skirt with train. The pair famously revealed that they were abstaining from sex until they were Married because of their devotion to Christianity and US Magazine reported that Lala Anthony and Kelly Rowland served as Ciara’s Bridesmaids on the Big Day.

The couple were actually already legally Married under US law before they left for England, after a Marriage Certificate was signed by a judge on Tuesday in Washington.

All of the guests in attendance were asked to hand over their mobile phones before the ceremony to avoid any social media leaks. 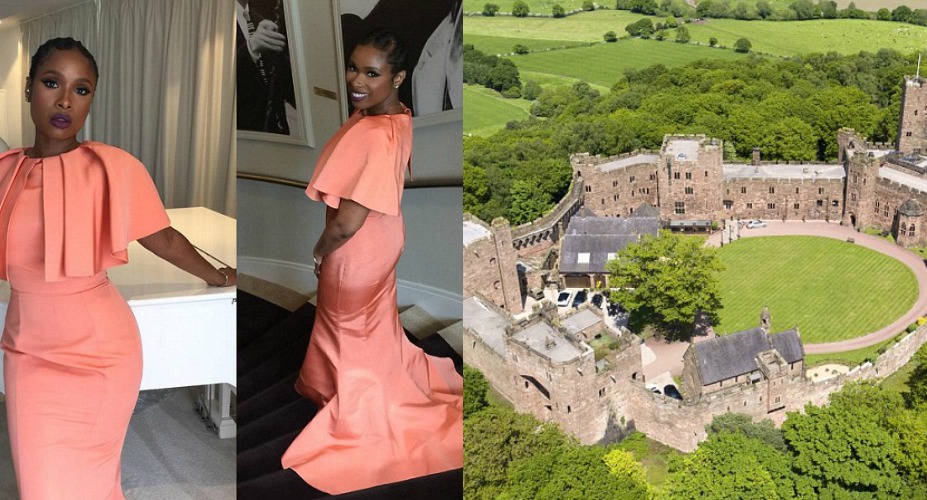 The stunning engagement ring | Ciara and Russell earlier this week 5 Traditions That You'll See In Every Muslim Wedding