The gym plays a key role in Ryan and Anne’s love story. It was the place where they first met and also the place where Ryan proposed to Anne on their two-year-anniversary.

“In memory of our first date, Ryan had convinced me to go and train at the exact same gym where we had first met. After the workout, Ryan got down on one knee and proposed right there in the open gym, I was completely surprised! It was a beautiful moment!”

The two planned for a simple and elegant wedding as Anne had a fear of “looking back on our wedding [in] 30 years’ time and cringing.” The couple used candles for table decorations and didn’t opt for any floral arrangements.

One of the wedding highlights was the donut wall and bar filled with sweets and deserts from Short Stop, Krispy Crème and Adriano Zumbo. Anne says that the donut bar was a “hit” with the guests.

Anne recalls her favorite memory from the night as:

“Ryan is a pretty strong person so I didn’t expect him to cry. But as I walked down the aisle and saw tears in Ryan’s eyes, I couldn’t help but cry as well. Everyone was so moved by the genuine display of love that they were all in tears too.” 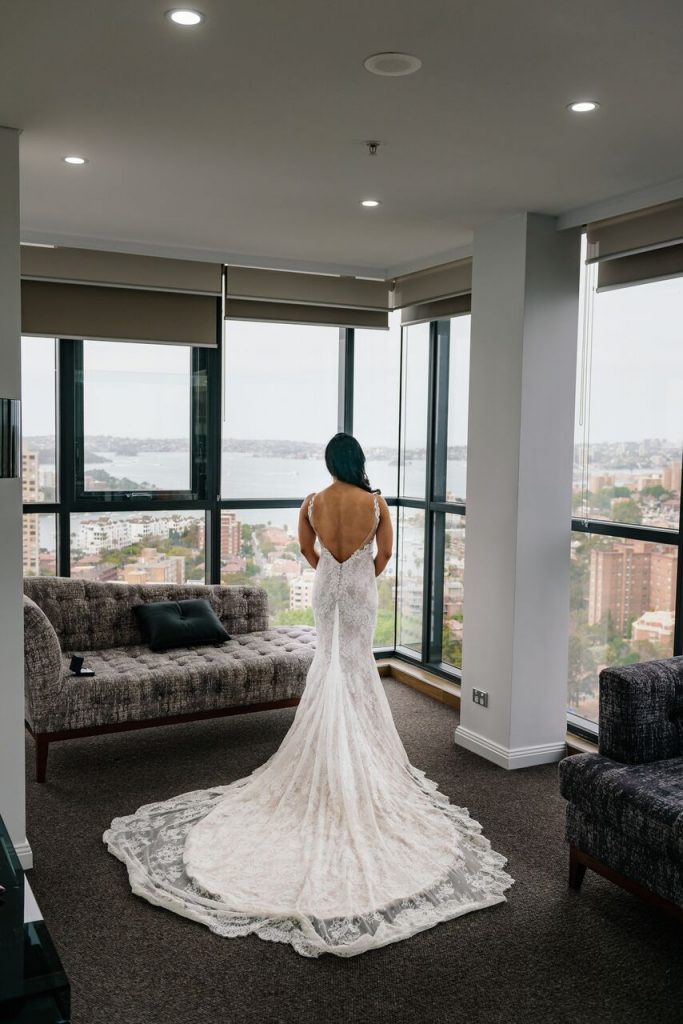 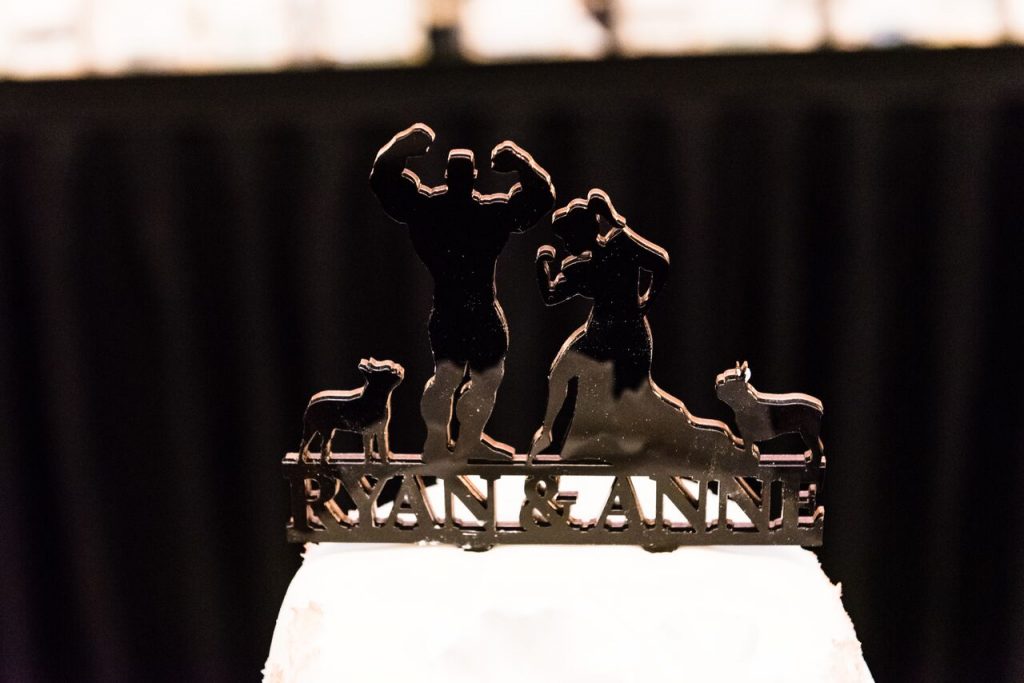 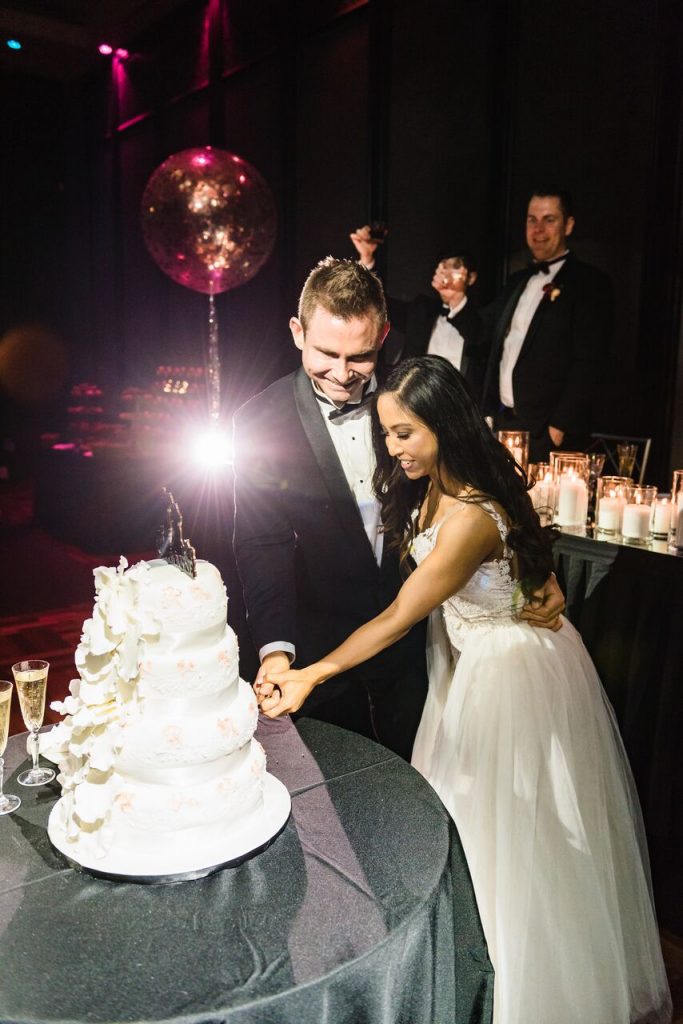 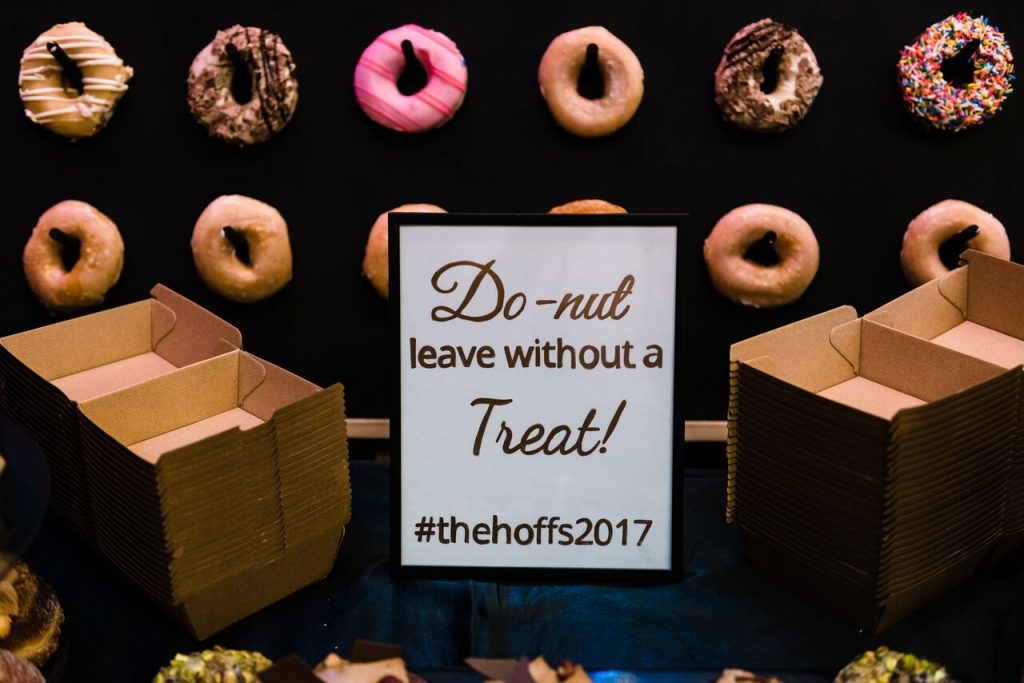 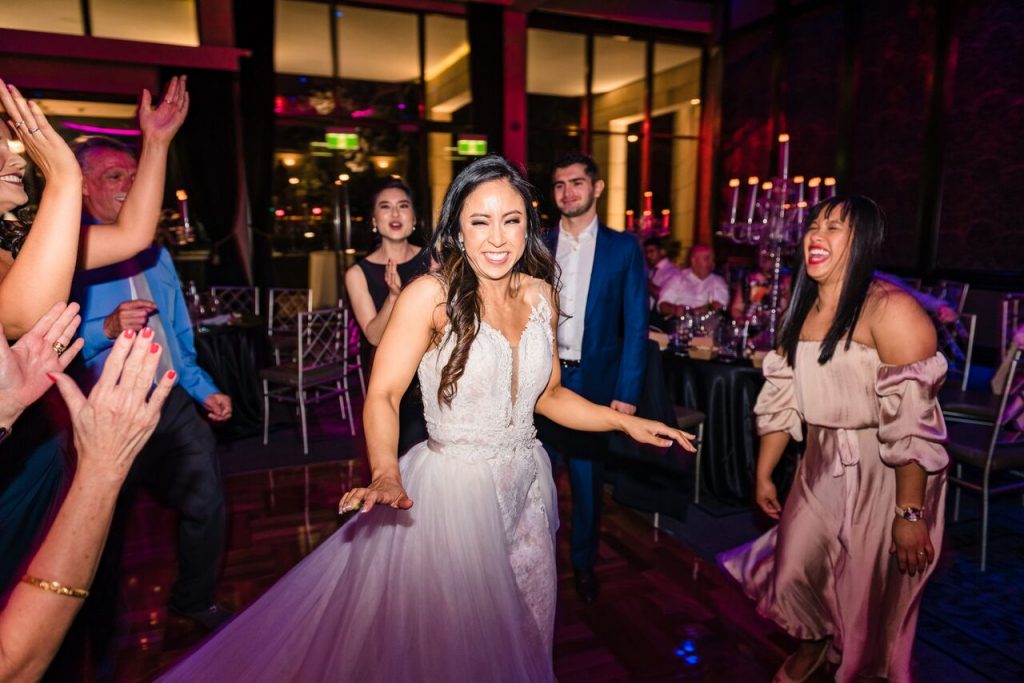 Makeup artists:  Jenny Do and assisted by Lauren

A Stunning Sydney Wedding With A Floating Cake