A Proposal Fit for a Pretty Woman

“Glenn was at the bar ordering a Hendricks and Tonic – both our favourite drink – and I said to him, ‘Classy drink,’ and his response was, ‘I’m a classy guy.’”

Who knew that this meet-cute would lead to a beautiful two-year relationship and an even better proposal.

While on a 4-week trip around the USA and the Caribbean, Glenn decided to surprise Hollie with an impromptu stay in Los Angeles for a few nights.

“Both our favourite movie is Pretty Woman so I was extremely excited when we arrived at the Beverly Wilshire.”

On their second day in Los Angeles, Glenn sent Hollie off to get her hair and make-up done, claiming that he had planned a lunch that Hollie needed to look nice for.

“I went to get my hair and make-up done and came back to the room to find that the door wouldn’t open. Inside was Glenn who had set up the proposal in the suite, complete with a photographer who was hidden in the powder room!”

Even better than the thoughtful proposal, Hollie received a limited-edition Tiffany & Co. ring – “a round brilliant-cut diamond with a 6-claw setting and pave band and claws.”

The happy couple hope to be married in March 2019. 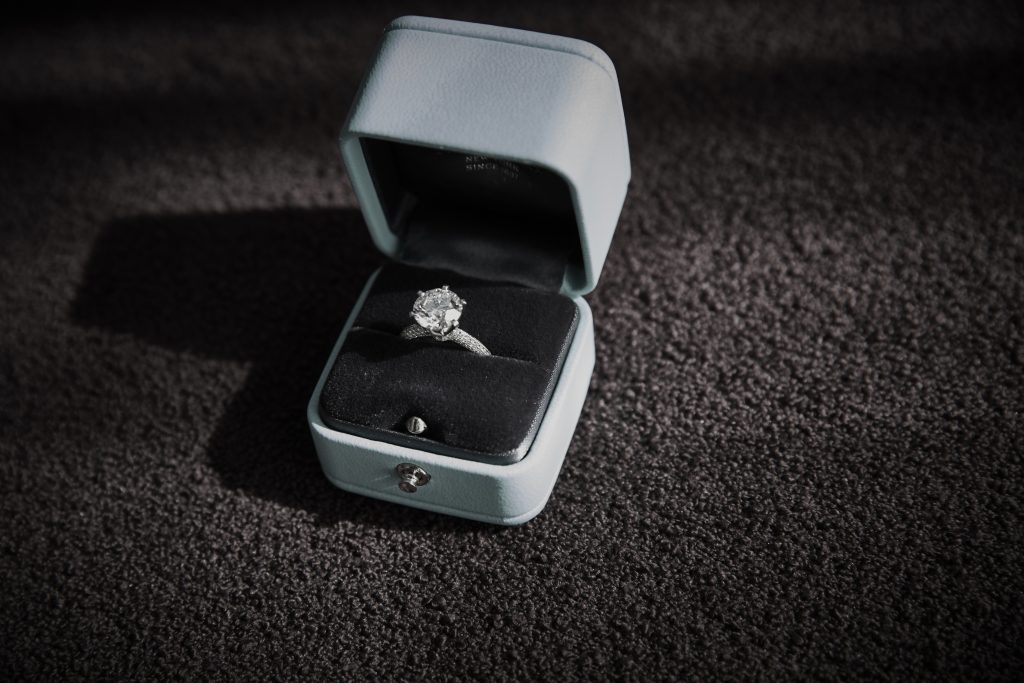 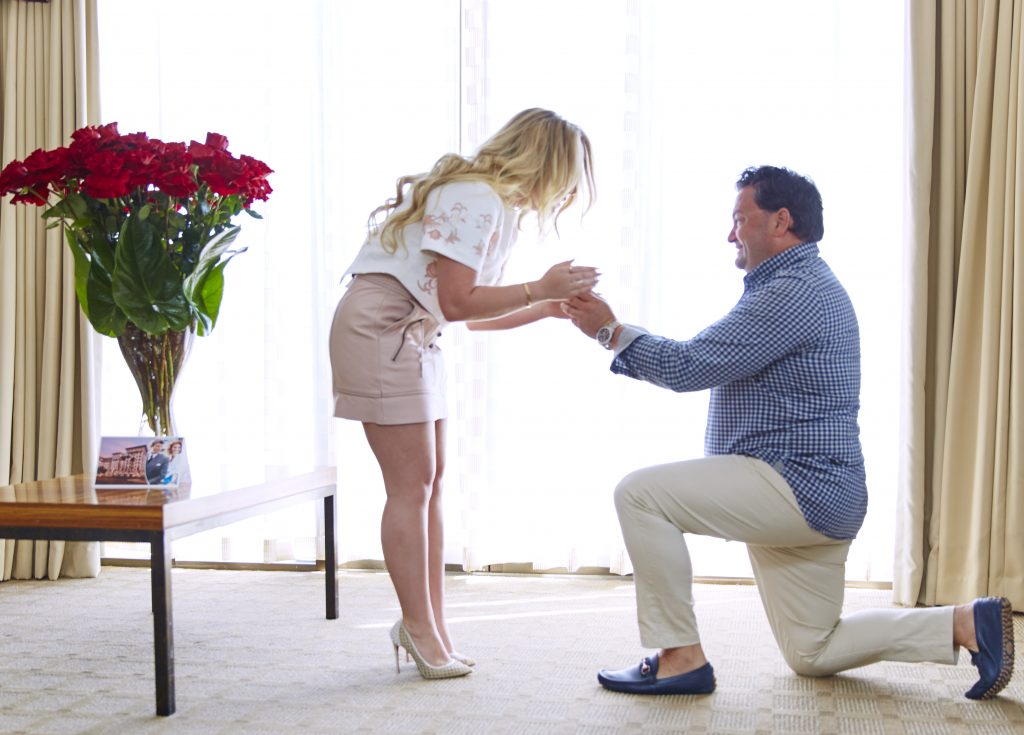 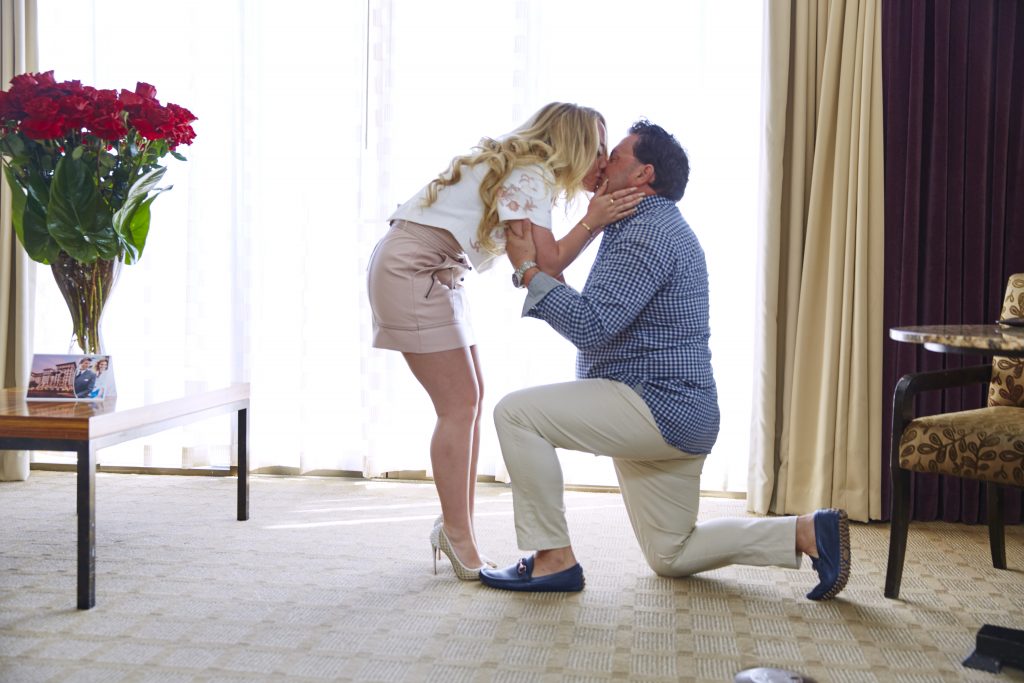