9 Bizarre and Romantic Love Traditions Around the World

Love is the universal language of the world. It can be seen in nearly everything we do and can be expressed in many different ways.

We know a lot about our own culture – from Valentine’s day to the worldwide wedding tradition of “something old, something new, something borrowed and something blue” – but what about other countries? What are their expressions of love?

From wedding customs to festivals, these 9 traditions show some of the most beautiful and bizarre expressions of love from around the world.

A common practice in Fiji; this tradition centres around asking for a woman’s hand in marriage. When asking the Father for his daughter’s hand, one’s partner must present their soon-to-be father-in-law with a tabua – a sperm whale’s tooth. Traditionally, grooms would have to dive hundreds of metres beneath the ocean to fight the world’s largest mammal, but these days you can easily purchase a tabua in store. This Scottish tradition is still practiced, though mostly in small villages and rural areas of Scotland. The Blackening of the Bride (and often the groom too) is traditionally carried out the day before the wedding and goes back all the way to medieval times. The couple is “captured” by their families and loved ones and covered in an assortment of disgusting items, including rotten eggs, fish, and treacle. They then have flour and feathers dumped all over them.

They are paraded through the streets so everyone can see them in their messy state. This aims to prepare the couple for their life together and ward off evil spirits. 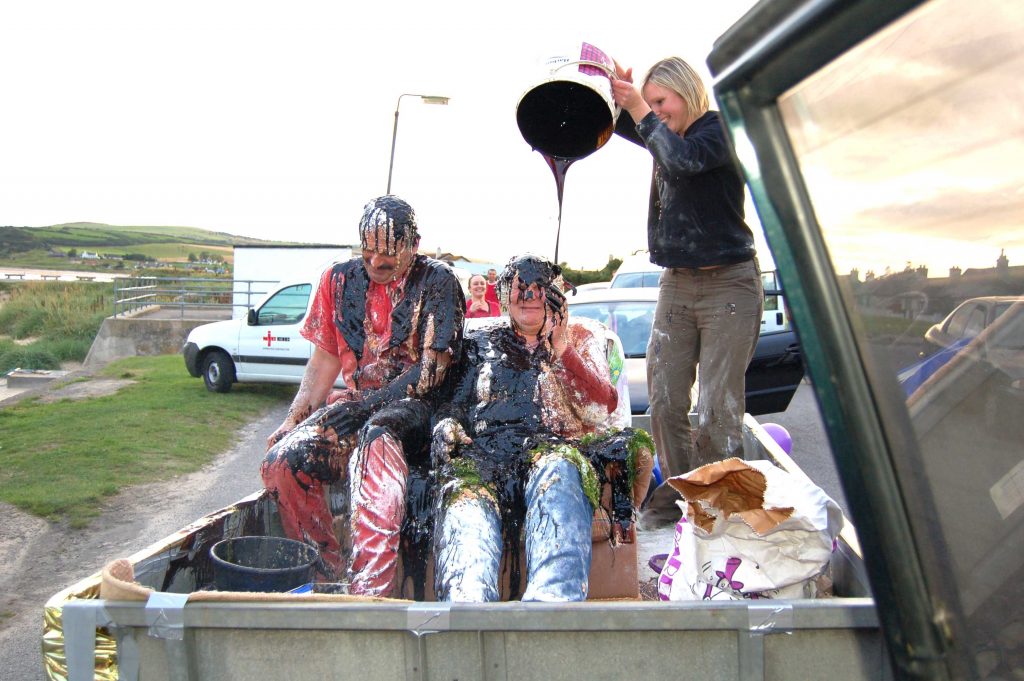 Inspired by Federico Moccia’s book and film I Want You, many people began attaching their own love padlocks to the Ponte Milvio in Rome. This worldwide phenomenon has grown intensely, with the tradition continuing to France on the Pont des Arts bridge in Paris. 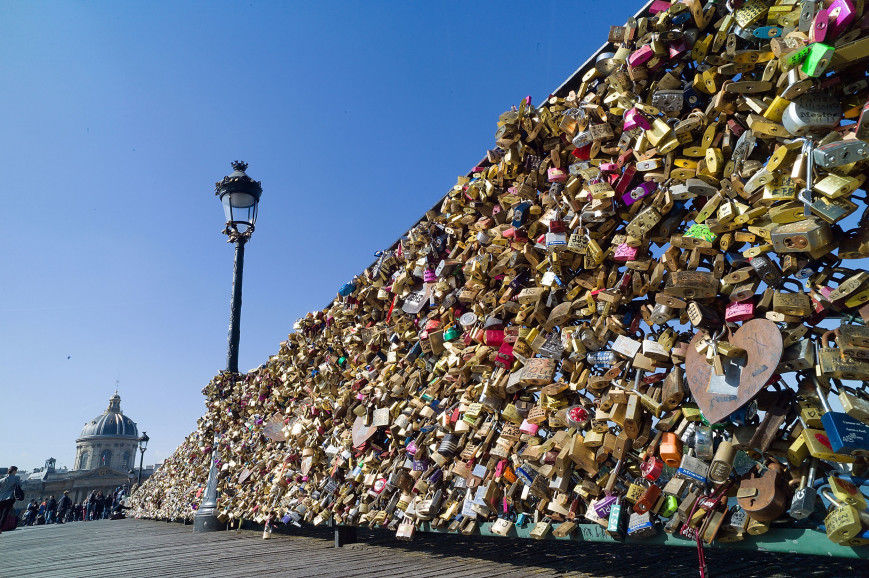 This proclamation of love includes locking the padlock onto the bridge and throwing the key into the river as a symbol of a couple’s unbreakable love and commitment to each other. Unfortunately in 2007, the then-Mayor of Rome introduced a 50 Euro fine to whoever was found putting a lock on the bridge, and then in 2012, the padlocks were removed in a bid to stop further damage to the ancient structure.

This beautiful tradition centres around one of the greatest love stories of all time – Shakespeare’s Romeo and Juliet. Each year thousands flock to Verona’s Casa di Giulietta, a 14th century house believed to have belonged to the Capulets. Seen in the movie, Letters to Juliet, people place notes in-between the walls underneath the balcony, where Juliet was once wooed by her Romeo. There is also a statue of Juliet which is said to bring good fortune to those unlucky in love after rubbing the right breast of the statue.

Similar to the tragedy of Romeo and Juliet, the Imilchil Marriage Festival in Morocco is set against the mystery and romance of the Atlas Mountains. Legend tells the story of two star-crossed lovers forbidden to see each other. The heartbroken couple cried for each other so much that they drowned in their own tears, forcing their families to reconcile and establish what is now known as Morocco’s Imilchil Marriage Festival. Each year there is a great feast filled with flirting and frivolity, set up as the backdrop for locals to socialise and potentially meet their future spouses.

Dissecting A Chicken For Its Liver

The Duar people of China have a tradition where an engaged couple dissects a chicken in order to inspect the liver. If the liver is healthy and in good shape, this is seen as a sign that the relationship will be successful. If not, the couple must keep searching until they find a healthy liver. Once the liver is found, the couple is able to set a date for their wedding and feast with their families to celebrate.

In Wales, it is common for a man to present the girl of his dreams with an intricately carved wooden spoon. This sweet tradition is meant to symbolise that those who present the spoon will always feed and provide for their beloved.

Dating back to the 17th century, it was also a way of showing off woodworking skills as these spoons are very detailed and have a lot of complex motifs carved into them. However, if she does not feel the same way for him she must return the spoon. If the feelings are reciprocated then she wears the spoon around her neck as a symbol of their relationship.

A key feature in Arabic, African, and Hindu cultures is the custom of women adorning themselves with intricate henna patterns before their wedding. This is said to signify the bride’s beauty, womanhood and worth, so naturally each bride aims to have the most elaborate design. The tattoos represent an empowering, sensual quality in Swahili culture, as the design often conceals the groom’s initials in a secret spot on the bride’s body.

In Armenia, it is believed that if you are single, you should eat a piece of salty bread. This will force you to have a dream about your future partner. The bread has to be baked by your grandmother or a middle-aged woman who is happily married. Via The Armenian Kitchen

The bread should be eaten on the eve of St. Sarkis Day after a day of fasting. After not eating all day, eating the salty bread will make the participant very thirsty. If the future husband or wife offers water in your dream then it is a symbol of a clear and honest relationship. If the water is muddy, there will be problems with cheating.