7 Wedding Superstitions You Need to Check Off

There are some wedding traditions that are so embedded in our culture that we don’t even think to question them. But do you know why a bride tosses the bouquet over her head? Why a couple saves a layer of cake in their freezer for a year? And why do brides go to such lengths to keep their grooms from seeing their dresses before it’s time to walk down the aisle? Allow us to explain the origins of the seven wedding superstitions that still exist in today’s modern world. 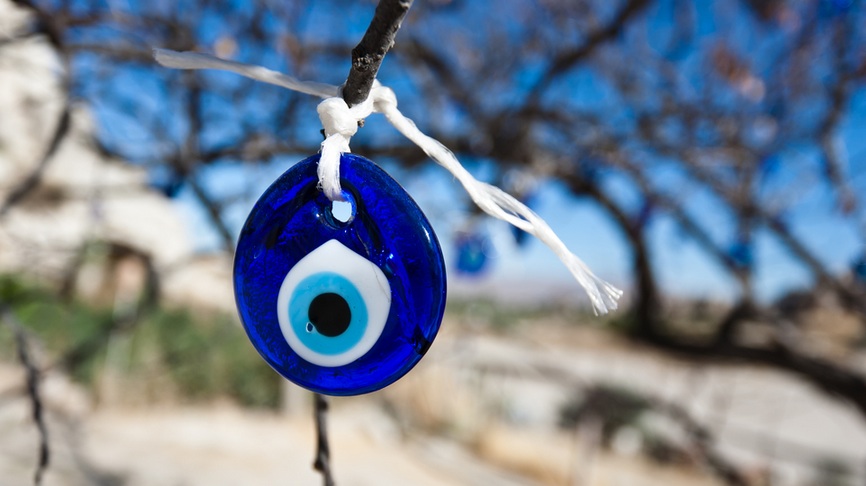 The Middle East believe in the power and dangers of the evil eye, so don’t be alarmed if a compliment leads to an immediate response of “mashallah”. Brides would also paint henna on their hands and feet as a way to protect them from the evil that was thought to lurk below. All these are believed to be trials of warding off the evil eye!

Who would have thought rain signified an important superstition in various cultures? Representing fertility, the wet weather suggested that Hindu couples will have many children and signify the washing away of past ills.

This superstition dates back to the time of arranged marriages – people believed that if the couple saw each other before the ceremony, it would give them a chance to change their minds about the wedding! Today however, many couples decide to meet up and have professional photos before the ceremony.

The Greeks say ‘Ftise Ston Korfo Sou’ and spit near the bride to ward off evil spirits. Also, spitting is commonly done to avoid misfortune, so you don’t give the ‘evil eye’ to yourself or create a jinx. Did you know Greek fishermen spat in their nets to ward off evil and get a good days’ catch?!

Italian couples have been known to smash a vase or glass at their wedding – and they put a lot of effort into it, too! The reason? However many pieces the glassware breaks into will symbolise how many years they’ll be happily married. Mind the mess!

Tossing the bridal bouquet is a tradition that came from good old England. Women used to try to rip pieces of the bride’s dress and flowers in order to obtain some of her good luck. To escape, the bride would toss her bouquet and run away. Today, the bouquet is tossed to single women with the belief that whoever catches it will be the next to marry. Get in line!

Good luck and prosperity was believed to occur when couples saved the top tier during the christening celebration for their first child, which everyone believed would come within the year following the wedding!

7 quirky traditions to expect at a Ukrainian wedding