This Woman’s Fiancé Literally Fell Out Of The Sky

George and Jessie met on Jessie’s 20th birthday in 2014. After insisting on buying her a drink, the happy couple switched numbers and haven’t stopped talking since.

Three years later, George and Jessie are still happily together and planning their wedding day.

But the most exciting thing in this romance is the way George proposed.

“It was my birthday … George told me he had booked skydiving for us and I had told him there was no point in booking as I had already been skydiving and I knew how terribly scared of heights he was.”

George insisted anyway, knowing that he wanted his surprise proposal to blow Jessie away … literally.

“We hopped on the helicopter and up and away we went. George was seated first and I was seated last. I wasn’t sure why they had split us up or why he was jumping first – he was petrified!”

After jumping out of the helicopter, Jessie’s instructor began to ask her some very odd questions.

“The instructor asked me how my eyesight was, I replied ‘pretty good, why?’ but he ignored me. We started to prepare for landing and he asked me again, ‘how’s your eyesight?’, I said ‘still good, why?’ and he asked me to read the big, blue sign on the ground.”

Jessie laughed, thinking that it wasn’t for her but instead another couple that had chosen to skydive the same day.

“The next thing I knew I was on the ground, dizzy yet shocked because George was on one knee, asking me to marry him. There were so many emotions running through my body – I had just jumped out of a plane, I was confused!”

Jessie laughed at how naïve she was while in the air, finding her replies to the instructor’s questions hilarious as she was sure that the proposal wasn’t for her.

“At that very moment, I was happy about two things – the love of my life had just asked me to marry him and my nails were painted.”

Congratulations to the happy couple! 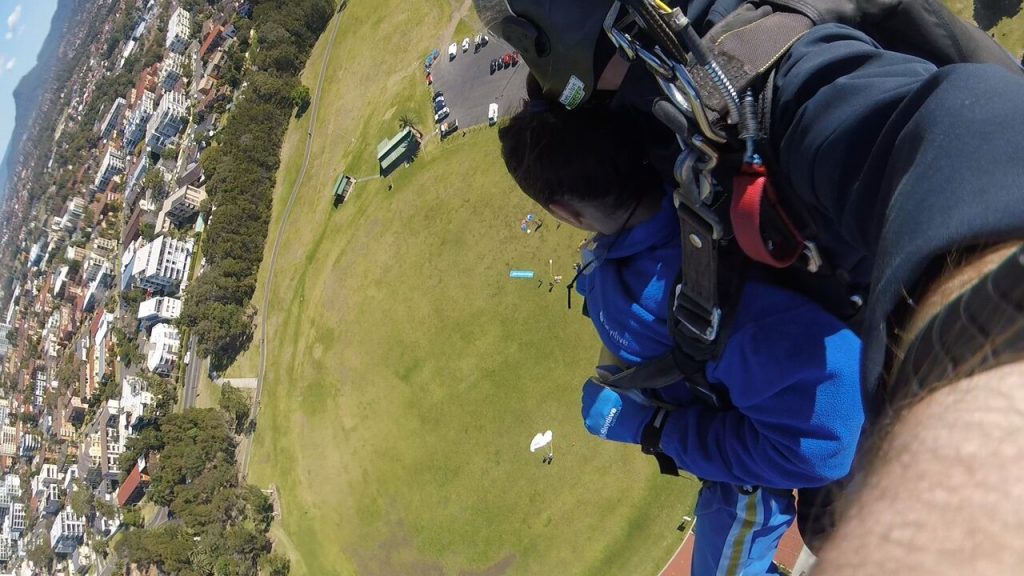 Posted in Engagement, Ever After, Rock Wonderland by wedded wonderland

The Most Common Type Of Cheating Is Not Physical