THIS INDIAN WOMAN CANCELLED HER WEDDING AND WE APPLAUD HER!

Indian woman, Remya Ramachandran has received wide-spread praise across social media for this Facebook post announcing that she’s called off her wedding.

Calling out the practice of ‘dowries’, Remya explains that the family of the man she wanted to marry would only allow the wedding if her family payed up some big money. Dowries have been illegal for many years, but it’s still a commonly practised tradition and Remya argues that it’s a tradition that devalues women.

To all those asking for the date of my wedding, the family that before the engagement had said that they only wanted me, post the engagement they were demanding 50 sovereigns of gold and 5 lakh rupees. As I am staunchly against dowry and because I believe that buying anything for a man and his family who are so unreliable is a loss, I don’t want to continue with the marriage. 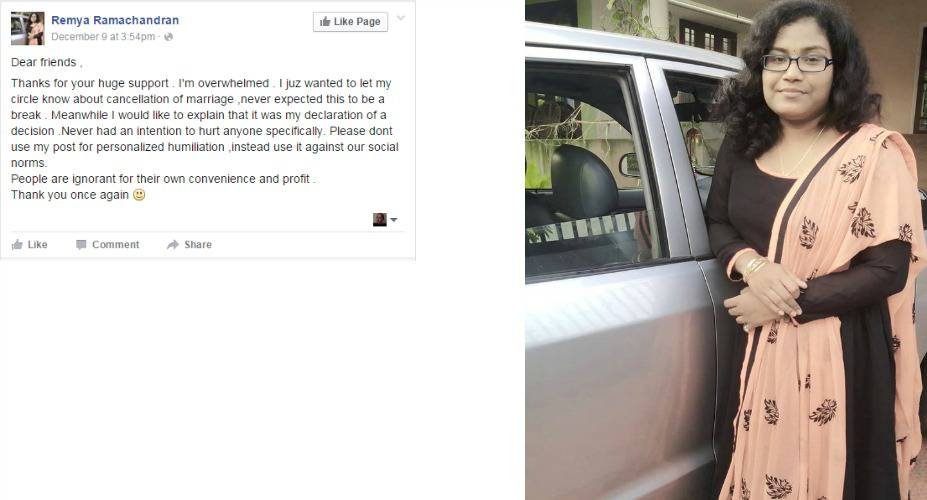 9 VACATIONS TO TAKE WITH YOUR BESTIE BEFORE YOU GET MARRIED