Canadian couple, Samantha Jackson and Farzin Yousefian had locked in everything for their upcoming March wedding. The date was set, the dress was chosen and the venue was prepped and like a lot brides, Samantha had budgeted tens of thousands of dollars for the Big Day.

However, after seeing the devastating photo of  3-year-old Aylan Kurdi who was found dead washed up on a beach, the pair decided to cancel their wedding and instead sponsor a Syrian refugee resettlement

Samantha told ABC News, “Like so many other people, we became acutely aware of how bad the situation was getting and how important it was to act and do something positive, so we cancelled the wedding and redirected the funds.”

Instead of the lavish reception they had originally planned, the two married at City Hall and then had dinner with close family and friends at a small bar to celebrate.

Their aim is to raise $27,000 for the cause and when asked if they have any regrets, Samantha says,”Our wedding was perfect, and it was definitely the perfect way to start our marriage.” 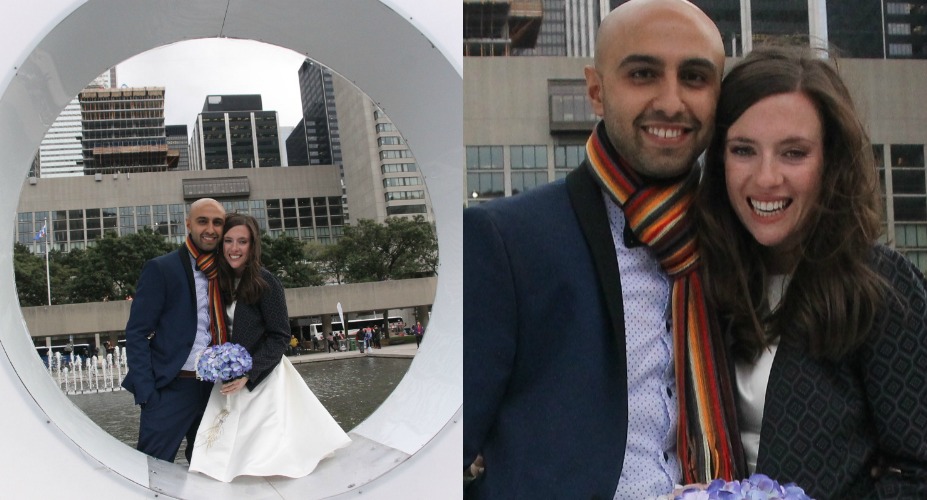 PICS FROM SOFIA VERGARA'S WEDDING - INCLUDING HER 4 STUNNING DRESSES