Our Favourite Celebrity Weddings of 2017

We’re only one day away from December and we’re already looking back on the year that was. With nostalgia in the air as Christmas nears, we wanted to daydream about our two favourite things – weddings and celebrities.

So here’s a look at our favourite celebrity weddings from the past year. Be inspired, feel nostalgic, or just feel a little envious that you weren’t on the guest list (we kinda feel the same way).

A star-studded fairytale-inspired wedding, we couldn’t have been more excited about the Queen of Tennis’ marriage to the King of the Internet. From the celebrity-filled guest list (oh hello, Beyoncé) to Serena’s three dress change, and the giant all-white carousel pumping Ginuwine’s ‘Pony’, this was one wedding we wish we were a fly on the wall at. Kate Middleton’s sister may not be royalty, but her wedding sure felt like it. Wearing a gorgeous lace cap sleeve dress, all eyes were on were on Pippa … until young Prince George and Princess Charlotte stole the show in their sweet outfits and apparent tantrums.

Pippa Middleton’s Wedding: All the Highlights from the Big Day

Officially Wedded! Congratulations to the wonderful couple ♡ Was it worth spending Saturday night in to cover this, the answer is always a YES! #weloveweddings #leleleleee #pippamiddleton #royalwedding #wedding #WeddedWonderland

Jordin Sparks and her husband Isaiah decided to shun tradition and spontaneously tie the knot while on holiday with some friends in Hawaii. Jordin was quote as saying, “We hadn’t had a set plan or anything. We were like, ‘If it happens, it happens. If it doesn’t, that’s okay too.”

Kate Upton’s wedding to American baseballer Justin Verlander gorgeous wedding took place in a medieval church in Italy and pushed our wanderlust into overdrive. While the coverage on the wedding was quite minimal, Kate did share these sweet words for her new husband, “I feel so lucky that I got to marry my best friend.”

In another example of two separate worlds colliding, Australian supermodel Miranda Kerr and Snapchat CEO Evan Spiegel got married in a private Los Angeles ceremony in a stunning Dior dress inspired by Grace Kelly’s wedding gown. The modest dress choice also got everyone talking, further pushing the trend to the everyday bride. One of our favourite people, King of Flowers Jeff Leatham, married the love of his life, actor Colton Haynes, in a flower-filled ceremony like no other (and as the King of Flowers, we expected nothing less than extravagant). The wedding was officiated by none other than Kris Jenner and included a massive list of celebrity guests.

Congratulations to the King of florals @jeffleatham and @coltonlhaynes on their marriage! We couldn't be happier for the both of you ❤️

Have you ever tried to imagine the most extravagant wedding possible? Well times that by about 10 and you might come close to reaching the stratospheric heights that Gucci Mane took his wedding to. Costing $1.7 million, the wedding was an all-white theme at the Four Seasons Hotel in Miami, which included a 3-metre tall, crystal-embellished $75,000 wedding cake which complimented Keyshia’s bejewelled gown and Gucci Mane’s Swarovski-encrusted Louboutin shoes.

Gucci Mane’s $1.7 Million Wedding May Be 2017s Most Extravagant Wedding

The marriage that left millions of Game of Thrones fans heartbroken; Jason Momoa was officially off the market when he married actress Lisa Bonet in an intimate ceremony earlier this year. When asked about his wife by James Corden, Jason admitted that it was a life-long dream to marry her, saying, “Ever since I was eight years old and I saw her on the TV I was like, ‘Mommy, I want that one. I was like, ‘I’m going to stalk you for the rest of my life, and I’m going to get you.’ I’m a full-fledged stalker.” We’re not so sure about the stalker part, but they seem truly happy! 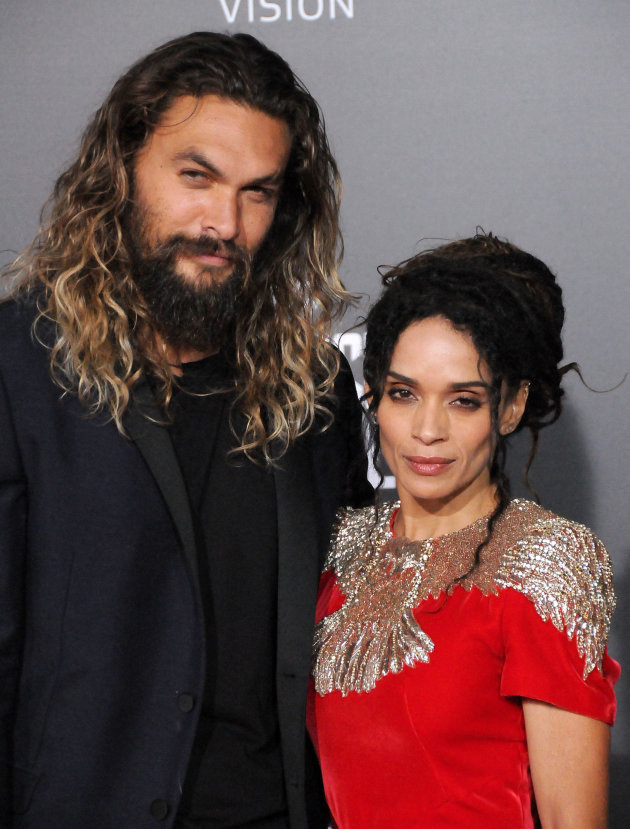 Everyone’s favourite TV Nerd, Sheldon Cooper – I mean, Jim Parsons – married his boyfriend of 15 years, Todd Spiewak, in New York’s Rainbow Room. The reason why it took so long for the two to finally tie the knot came down to the legalisation of same-sex marriage, with Jim explaining to Stephen Colbert, “”We just didn’t care about the act of it that much, to be honest with you. That sounds cold in a way but I finally thought: ‘Well, let’s have a party then for the celebration and we’ll go ahead and legalize this thing.'”

We love the way Samira Wiley and Lauren Morelli got together. Samira played Poussey on Orange Is The New Black and Lauren was a writer on the show, and after being friends for a while, they eventually fell in love. The two got married in Palm Springs in a ceremony full of colourful confetti and champagne Jell-O shots. Our favourite UFC fighter, Ronda (to be honest, she may be the only UFC fighter we know), married her partner Travis Browne in a seaside ceremony in Hawaii, with the two sharing black-and-white photos from the wedding on Instagram with the hashtag #browsey2017 and Travis including this sweet caption, “What an amazing day!! She is so perfect in every way! She makes me so happy! She is my other half! I Love You @rondarousey #browsey2017″

ARIA Awards 2017: The Best and The More Daring Looks From The Red Carpet