UPDATE: It appears as though our favourite couple, Simone and Xavier are no more! This week, Simone was spotted out in Sydney minus her diamond Wedding ring! All of this drama is amid reports that have come out saying that a close ‘friend’ of Xavier told journalists that he completely made up the story of him being cheated on to gain sympathy from viewers and that he only agreed to go on the show so that he could get a taste of fame.

This ‘close mate’ said to Aussie magazine, New Idea, ‘He didn’t want a relationship, he wanted tickets to exclusive parties. Xavier figured if he made up a story about being cheated on by an ex-girlfriend, he would get loads of attention from girls once the filming ended.’

‘So it wouldn’t matter if it didn’t work out because he would get the pick of the bunch.’ APRIL 20:The lead up to this episode has been promoted by the awkward ‘meet the parents’ confrontations that the couples have, but really the highlights are all in the first few minutes.

We seemingly say goodbye to odd-couple Clare and Jono, who’ve lasted just a few weeks of Marriage (hey, it was longer than a Kardashian Marriage, so that’s always a plus).

The camera focuses in on Jono who appears to be standing naked in front of a window. He says a few words, but we’re not really listening, so for all we know, he could be placing his order for a more appropriate Bride… 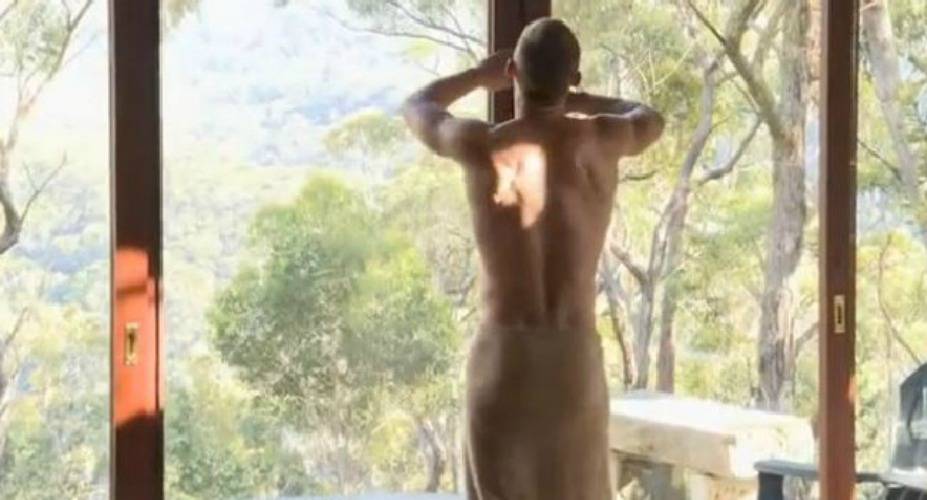 Then we say sayonara to Clare who leaves us with this gem of #SingleGirl wisdom, “Worst case scenario I’ll foster 80 dogs, and die as a single, happy woman at 82 and you’ll find my body half eaten by random foster dogs. And I probably would’ve died pretty happy.” Seriously, Clare has more emotional intelligence than the so-called ‘experts’ on this show; someone give the girl a psychology degree!

From splitsville to Farmville, we go to Christie and future Farmer Wants a Wife contestant, Mark. Christie is complaining about the distance between Mark’s Victorian farm and her Sydney apartment, Mark tells her he wants her babies.

Christie takes Mark to meet her sister, brother-in-law and nephews who are all won over by Mark’s genuine personality, gorgeous smile and killer Dad bod. Christie still isn’t swooning the Aussie country version of Brad Pitt, making us question whether this relationship will last.

Next, we visit Erin (swearey swear swear) and Bryce are still getting on like a house on fire, especially when he surprises her with the Wedding photos. Her response is, “that’s arty as f#*k!”.

All’s going well until Bryce introduces Erin to his Mum. After a few awkward moments at the family BBQ lunch (with Bryce’s Dad saying “is this just a one-night stand, but for a month?”… generally, one-night stands don’t end in Marriage Mr. Bryce), Bryce’s Mum Enid takes Erin shoe shopping at Payless. Using a pair of faux leather shoes as a distraction technique, Enid starts the baby interrogation process, “Do you think you’ll ever have a family? Do you like babies?”

Erin manages a reasonably calm exterior, but her eyes are darting back and forth like a prisoner looking for an escape route. No help comes, so Erin goes for the closest thing to ‘no’ without saying ‘no’ – “I’ve never really thought about it. I’ve never really pictured children in my life.” Finally we head over to Barbie and Ken’s (aka Simone and Xavier’s) and there appears to be trouble in gym-loving, organic-food, clean-freak paradise. Xavier has promised Simone a surprise for this week, but has obviously forgotten and, like most males, tries to back-peddle.

Simone starts, “You know what you told me at the start of the week? You said this is gonna be a good week and I said why and you said you might be surprised.”

Xavier says, “I didn’t mean it was coming from me. What, do I need to surprise you with stuff every week or something?”

Xavier, pull your finger out and give the girl some romance!

Then, to make matters worse, one of the first things Simone’s Mum Robin says to Xavier is, “I’d really love to see Simone get a bit of romance. How have you been going with the romance? Do you like romance? Are you planning anything romantic? Romance, romance, romance.” Xav shows us he’s more than just good lucks by picking up on these cues and asking Robin “Has Simone said anything to you?” Robin denies and it appears that Xavier is thrown off the scent… Phew! We’d hate for Xavier to be the man to break the whole daughters-tell-their-mums-everything-but-it’s-a-secret code.

WE'VE GOT THE FIRST PIC OF CHRISSY TEIGAN AND JOHN'S LEGEND'S BUB!