Over the weekend, Sydney saw a glamorous Wedding extravaganza when Khadijeh Mehajer (known as Kat) Married her 33-year old IT engineer Ibraham in a celebration that reportedly cost more than $1 million.

Held at Doltone House, the Lebanese Wedding was attended by who’s who of local and international names, including guests from the Middle East and US model and Miss Universe 2012 Olivia Culpo.

Kat’s sisters, Aiisha, Saana and Mary were her Bridesmaids on the Big Day, wearing peach-coloured gowns designed by Kat herself! The adorable Flowergirls wore white and had a garland of flowers around their slicked back hair. The entrance to the Wedding featured a police helicopter, a string of motorbikes, Lamborghinis, Ferraris and BMWs and drummers took position at Kat’s Kenthurst mansion as the Bridal party arrived. Kat wore a Steven Khalil couture gown with an off-the-shoulder scalloped bodice, heavily detailed lacework, a regal oversized sash and classic full-skirt which was removed and turned into a sleek mermaid-cut gown midway through the celebrations. Her hair was styled in romantic, loose waves which cascaded over her shoulders, making her look like a modern princess. 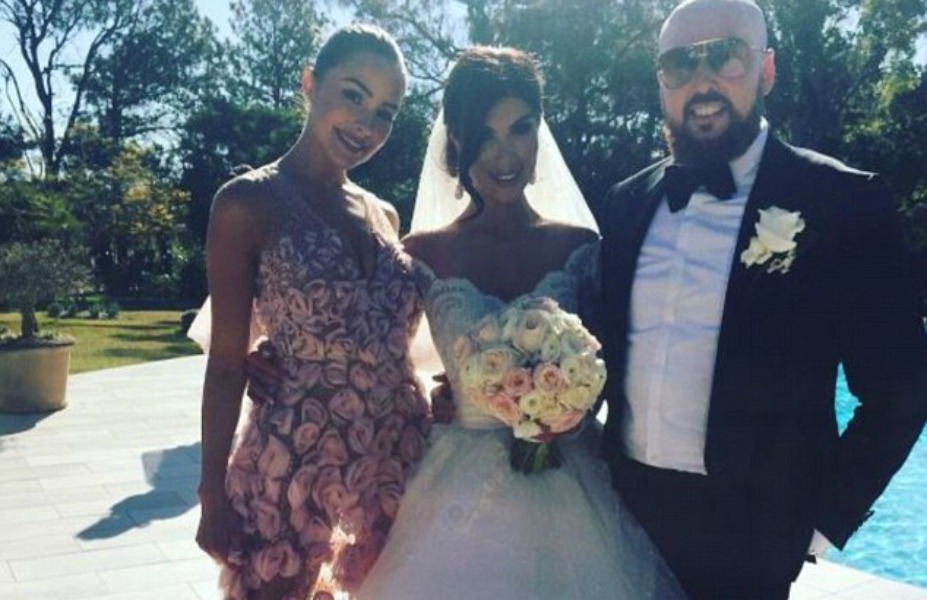 Before the ceremony, the Mehajer’s arranged for a van full of pizzas from Lidcombe-based bakers, I Love Manoush to be delivered for the Bridal Party and family. The reception had only 400 guests (relatively intimate for a traditional Lebanese Wedding!) and was held at Doltone House Hyde Park. Everyone was asked to hand in their mobile phones as they arrived to protect the couple’s privacy. 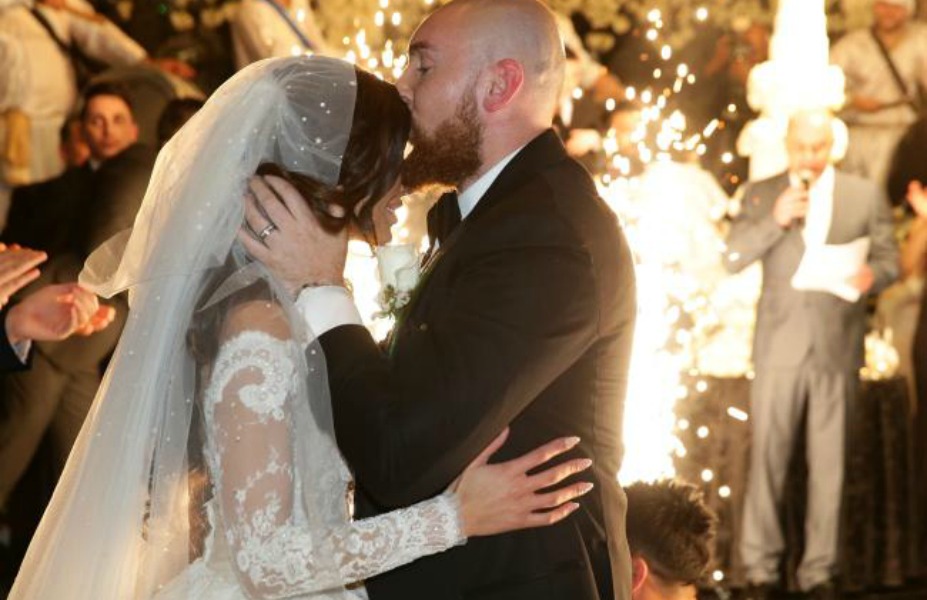 The newlyweds arrived amidst a sea of dry ice and fireworks and they were hoisted up above the crowd by close friends and family for a traditional entrance. THE BACHELOR RICHIE MAY HAVE JUST GOTTEN MARRIED IN BALI!