Another dating show has aired on Channel 7, otherwise known as First Dates; where real people go on blind dates in a restaurant, matched  on their likes and dislikes, with the staff at the restaurant playing cupid. At the end of their first date, every couple must decide whether they will go on a  second date.

The show opens with 35 year-old single mum, Lisa, who has never been short of attention, meeting an ex-Army strong man with a license to thrill, Ryan.  And she’s definitely not shy to speak her opinion. In her interview before the date, she tells the nation, “I would say that i’m pretty sexy .. I cant help it its just me.”  “It’s really important to me that he’s well endowed, I’m looking for the whole package, because I am the whole package.”

The chemistry between the two is palpable and Lisa isn’t afraid to ask the burning question, “Should I worry that you have a small package?” To which Ryan replies “No, no there’s definitely no need to worry about that  ….*Awkward! The couple both decide they’re meant for each other and agree to go on a second date together, and even share a kiss for the cameras.

On the next blind date scientist Natalie experimented with her first blind date, with self-proclaimed mamma’s boy and king of one-liners Shadi. During the date, Shadi can’t resist throwing out cheesy one-liners and even goes to the bathroom to call his mum halfway through date for advice. Sadly, even though he’s ready to show her off to his family, Natalie ends up friend-zoning him.

And then there’s 26-year old nanny, Roxy, who considers herself the Bridget Jones of Australia. She tells the bartender she’s simply looking for a “down to earth and won’t be embarrassed to be seen with me in public.” Roxy is set-up with male nurse, Aarun. “I’d love to call myself the Sydney gangster but I’m too nice to be a gangster. I’ve been mistaken for Usher before I mean I’ve got the bling, the style and definitely got the looks,” he tells the camera. 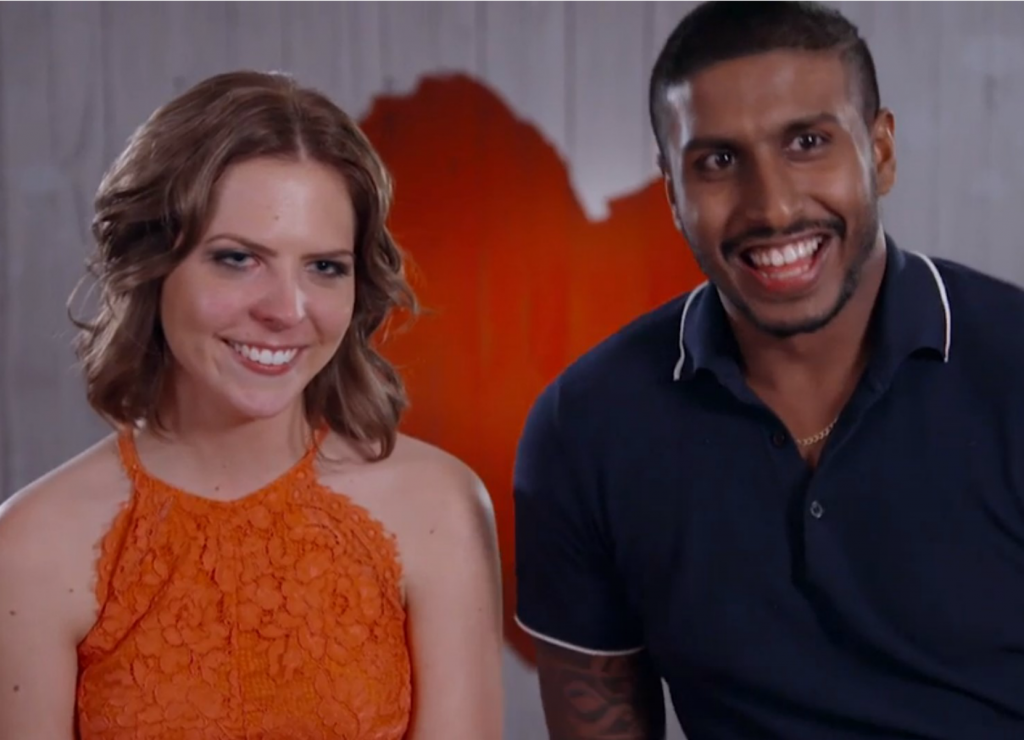 Unfortunately, Roxy doesn’t think there’s any sexual attraction between the pair and this time she’s the one doing the rejecting. #Naw!  “I feel so mean as he was such a  nice guy. To reject someone is that hardest task I’ve ever had to deal with cause I have when guys do it to me.” But fear not, she’ll be back next week to try her luck again with another blind date.

Marrying a Scorpio? Read this first