DATE NIGHT: HOW TO SEDUCE HIM BY HIS STARSIGN

Celebrity astrologer, Yasmin Boland reveals that five years ago, the energies from Uranus and Pluto pushed every relationship out of its comfort zone with a message to evolve. Now, we’re entering a couple of major eclipses and a rare retrograde cycle that will shake up everyone’s love life for the better! Find out what’s in store for you and your beloved in RESCU.com.au’s 2015 Lovescopes with celebrated astrologer Yasmin Boland — an in-depth March 2015 – March 2016 reading on what you can expect in the year ahead and important dates to mark in your diary.

And while we can’t change the stars (though you probably won’t want to this year), we can certainly use them to our advantage! Whether you’re reigniting the flame with your hubby, preparing to surprise your fiancé with a special date night, or hoping to woo a new beau, it might just be time to look to the stars for clues. 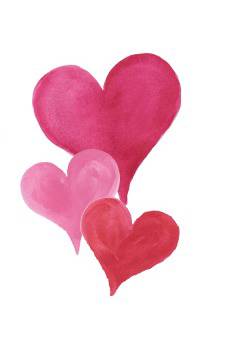 An Aries? Take him to a racetrack, a boxing match, a running track, a red room, a war museum, a gym, track or pool, sports car or motorcycle show.

A Taurus? Take him to the countryside, a lush garden, in a bed with thick linen sheets, a massage health spa, an art gallery, a clothes shop, a luxury hotel.

A Gemini? Take him to a public debate, on the phone/via email, at a party, a public library, a bookshop, his local neighbourhood, a newsroom, a university.

A Cancer? Take him to your home, his home, a restaurant which feels comfy as home, his mum’s, anywhere moonlit, a spiritual healing centre.

A Leo? Take him somewhere very sunny, his own birthday party, a party at home with his friends, anywhere ‘royal’–from the Royal Yacht Club to The Royal Oak Pub.

A Virgo? Take him anywhere neat and tidy, a health food shop, a trendy healthy restaurant, a yoga class.

A Libra? Take him to the opera, an art gallery, an expensive health spa, a fashion parade, Paris, a perfect countryside setting.

A Scorpio? Take him to bed, bed, bed. Or a peep show, a sex shop, a scary movie about lust and obsession, an S&M parlour, anywhere dark.

A Sagittarius? Take him to a comedy show, somewhere foreign, a study hall, mountain climbing, a meditation centre, a travel expo.

A Capricorn? Take him to an antique shop, a real estate office, a historic site, the Egyptian pyramids, a black comedy show, ice-skating, a natural history museum.

An Aquarius? Take him to the beach, a wildly foreign country (eg: Patagonia), a pinball parlour, a computer show, a new age exhibition.

A Pisces? Take him somewhere where a whole lotta drinking’s going on, a themed hotel, a psychic show, a haunted house, a photography show, an aquarium, the beach.

Discover the most loved-up dates to seduce your partner in RESCU.com.au’s 2015 Lovescopes.

SIGNS IT’S TIME TO SETTLE DOWN