The ANZAC Love Diary You Need to Hear About

Love can prevail at the most unexpected times. And one such story that has captured our hearts on this day where we remember, is that of Herbert Gordon Carter and Kathleen King. Their grandson, John Carter, shares details on how the couple kept a diary to ignite their love during the horrific war in Gallipoli.

With plans to serve her country as an army nurse, falling in love was the last thing on Kathleen King’s mind. But that’s exactly what happened just a few days after landing for duty in Egypt when she met Herbert Gordon Carter. According to Peter Fitzsimmons‘ chat with The Australian Women’s Weekly in regards to his best-selling book, Gallipoli: “Theirs is a love story that succeeds despite the odds. As soon as I read the diaries, I knew this was a story I had to tell.”

It all started when a young, handsome lieutenant called on his sister working at the nurses’ billet at Mena Camp in 1915. The plan was for brother and sister to head off for on a donkey ride, but when the nurse brought along two of her friends, which included Kathleen, the small and intimate plans went out the window.

Gordon was taken with Nurse King’s strength of character, and the fact that she preferred a man’s saddle when riding out, even though she fell off! During the next few months, as the Australian soldiers trained and practised their attacking manoeuvres, Herbert and Kath grew ever closer, but eventually, the war intervened.

“Gordon was in a very confidential mood,” Kath wrote in her diary after their second dinner date. “He is just a nice brother. I like him immensely. We spent two hours at dinner and went out in the garden for a while and watched the dancing…” 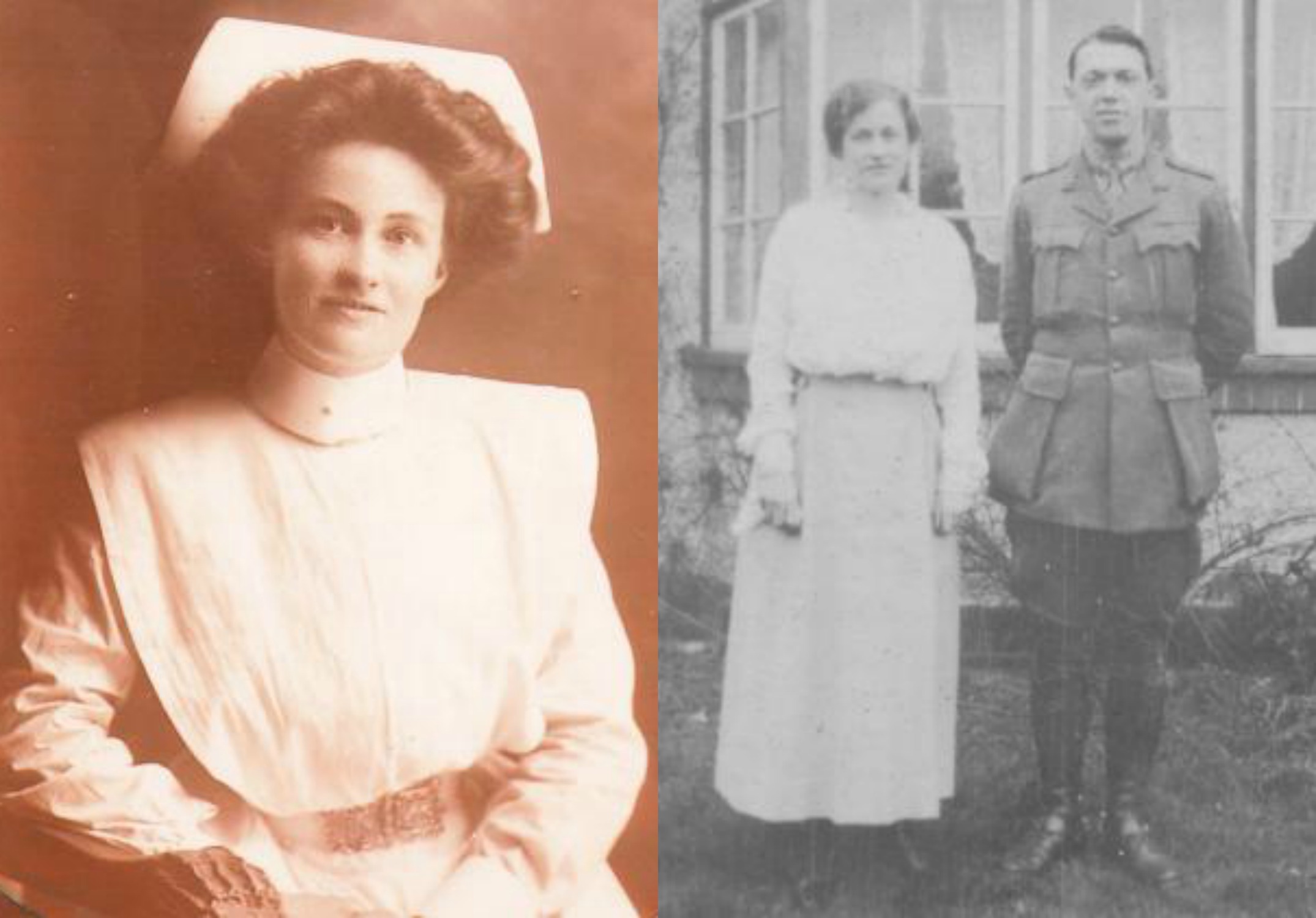 Gordon landed on the beach at Gallipoli while Kath was aboard a hospital ship tending to the wounded brought from the peninsula by boat. In her diaries she describes the awful shelling she could see on shore, wondering if Gordon was under it.

“She was praying that her beloved Gordon, who was fighting at Lone Pine, was OK. As each wounded soldier was winched on board the hospital ship she hoped it wasn’t Gordon!”, John says.

According to Peter’s research for Gallipoli: “Kathleen she looks about her at the hundreds of wounded soldiers in her care, she is more than aware that Gordon might be among them without her knowledge because some of them are so badly maimed that they are unrecognisable.”

The couple didn’t meet again until months later in Cairo after Gordon had been withdrawn from Gallipoli. “I was very glad to see her,” Gordon wrote. He then asked Kath to marry him in Cairo on June 11, 1916, with a “bonser engagement ring, quite the best I have ever seen,” Kath noted in her diary.

Meanwhile Gordon reflected on the memory on paper with: “Became engaged to Sister King, but can’t say that I felt myself any violently different person as a result. I don’t think Kathleen or myself quite realise what we are in for but we decided to leave things in abeyance till European affairs get more settled. Then we would think of ours”,

Gordon survived the war and the couple returned home in 1919 to start their family in Turramurra on Sydney’s north shore.

Today, the Royal Prince Alfred Hospital gives the public a glimpse into one of their most famous nurses Kate King’s diary and photo album. The hospital’s director, Dr Kathryn Hillier, said the diary is very rare as many women’s diaries were not seen as valuable enough to pass down to the next generation.

“We’ve got 100 diaries here and only two of them are female. When you read the diary, you see that her life changes after what she witnessed off Cape Helles. She is so shocked she has trouble writing down what she has seen”, Hillier says.

7 Tips for Finding ‘The One’

Posted in Culture, Ever After, Relationships by wedded wonderland

5 Bridal Horror Stories That You Won't Believe Are Real