A Winter Wonderland Proposal Inside An Ice Rink

When Jon decided to plan a holiday to South Korea during the winter, Shi Pei would have never have guessed that he was going to propose.

Heading to Korea during the peak of winter was perfect for this happy couple as they yearned to experience the snow and witness the winter wonderland in all its glory.

“Every winter, Korea opens outdoor skating rinks that look extremely romantic under the soft glow of the night.”

Jon knew this was the perfect place to pop the question, but there was one problem … he couldn’t skate!

“Jon had been secretly practicing how to ice skate back in Singapore to that he can master the right moves on the special day and despite numerous failed attempts and bruises, it all paid off.”

Shi Pei was shocked when she saw how effortlessly Jon graced the ice, gliding effortlessly over to the other side of the rink where he grabbed a bouquet of flowers and skated back to her, ready to start his proposal speech that he had spent weeks practicing.

Shi Pei was so touched and at a complete loss for words.

“The moment came and Jon got down on his knee with the beautiful fairy lights in the backdrop.”

Overjoyed with this beautiful proposal, Shi Pei said yes, excited to spend the rest of her life with a man who puts so much effort into making his partner happy.

All photography by Jong Jin 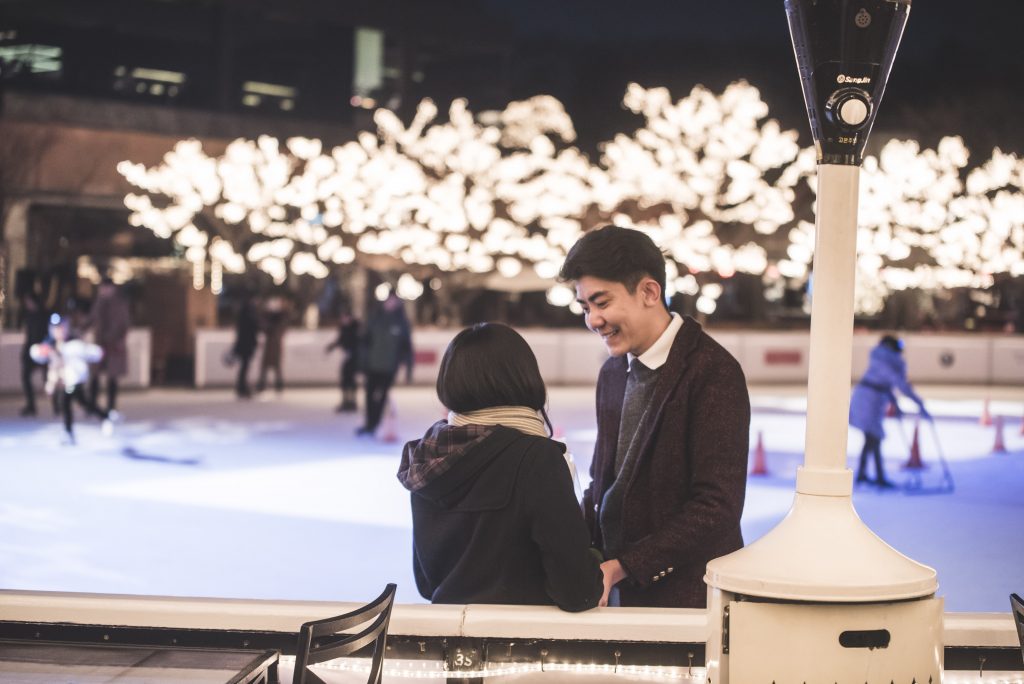 The New Engagement Trend Is Freaky AND Dangerous

Channel Your Inner Cleopatra With These 11 Emerald Rings