A CELEBRITY MAID-OF-HONOUR REVEALED SHE HAD A CRUSH ON THE GROOM!

It’s a dilemma that no Bride and her bestie ever want to face. Both having a crush on the same guy.

However, pop princess, Taylor Swift was Maid of Honour at her best friend Britany Maack’s Wedding last year and she admitted to Vogue that that’s exactly what happened.

Britany and Taylor have known each other since they were ten days old (there’s grainy home videos to prove it!) and the pair met Brit’s now-husband Ben in kindergarten. Taylor admits that she used to have a crush on Ben when he was the “kid who sat next to me in class with the bowl cut and the Lego lunch box.”

Obviously, Brit and Ben got Married many years after this; however, we beg the question: should you ever admit having a crush on your best friend’s hubby? How long after the crush is over should you ‘fess up?

In a very unusual display of openness, Taylor also admitted that she plans on Marrying her current beau, Calvin Harris. When she was asked about her future Wedding with the DJ. she said,

“I’m just taking things as they come; i’m in a magical relationship right now. And of course I want it (the Wedding) to be ours, and low-key . . . this is the one thing that’s been mine about my personal life.” 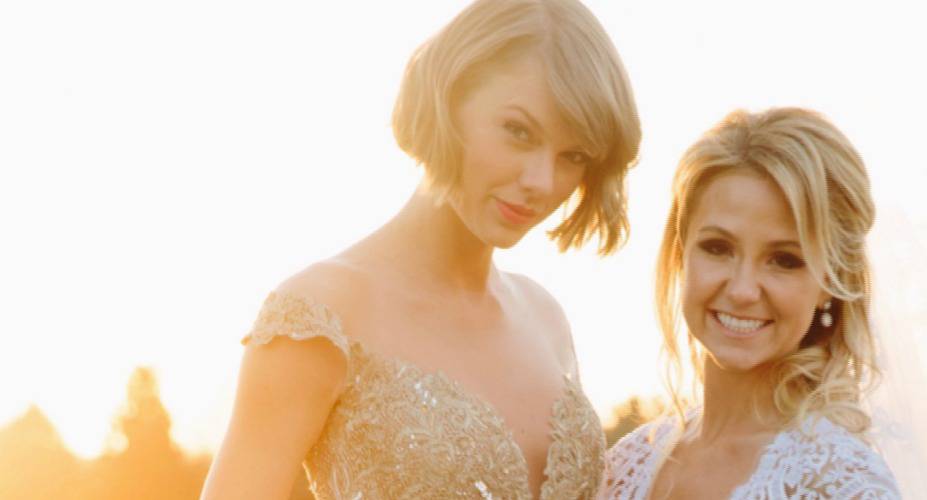 Images from usmagazine.com, vogue.com.au and eonline.com

BACHIE BLAKE GARVEY AND LOUISE PILLIDGE HAVE BROKEN UP