If there’s one thing that celebrities can get away with, it’s throwing absolutely lavish events that us regular folk might never experience in our lives (might – we’re still waiting on our friends to introduce us to a Prince).

With Khloe Kardashian’s recent baby shower taking our breath away, we’re looking at the most over-the-top celebrity baby showers from the last few years.

Perhaps one of the more “lowkey” baby showers on this list. The ex-Spice Girl and current Fashion Queen was surprised with a last-minute baby shower for daughter Harper, when her friends – including Desperate Housewives star Eva Longoria – threw a lavish bash at Le Petit Ermitage in Los Angeles. With guests including Nicole Richie and Demi Moore, Victoria’s pink-themed baby shower was as fashionably over-the-top as expected, though she had admitted earlier on Twitter that she was “told to wear something waterproof for my baby shower!!!! I’m now very nervous.” 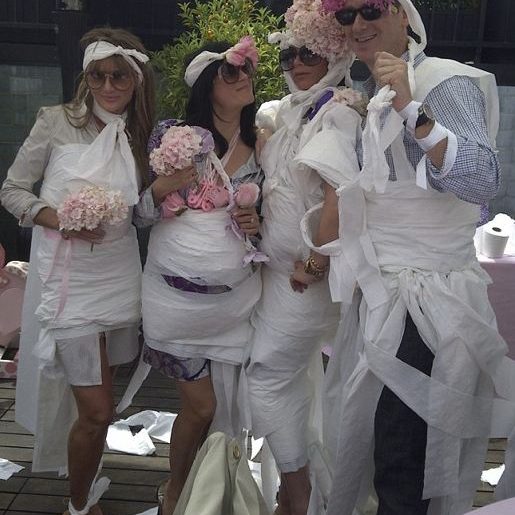 Is it a celebrity baby shower if you don’t have two of them? Chrissy Teigen and John Legend celebrated the impending birth of baby Luna at Material Good, a chic jewellery store in New York. The shower was, of course, princess-themed, with John and Chrissy wearing crowns that read “Baby Daddy” and “Baby Mama”, respectively. The second bash was hosted by Queen of OTT, Kim Kardashian. Guests included Stevie Wonder, Kanye West, and Jenna Dewan-Tatum and was of course chic as can be, with a celeb-packed photo booth, a white theme complemented by fresh white roses … and McDonald’s.

Bringing together two exclusive families – the Hiltons and Rothschilds – Nicky Hilton Rothschild’s baby shower for her second child was as lavish as can be. Guests included Real Housewives stars Bethenny Frankel, Kim Richards, and Kyle Richards, and the party had a strict pink and blue theme, as planned by Nicky’s sister Paris and mother Kathy. 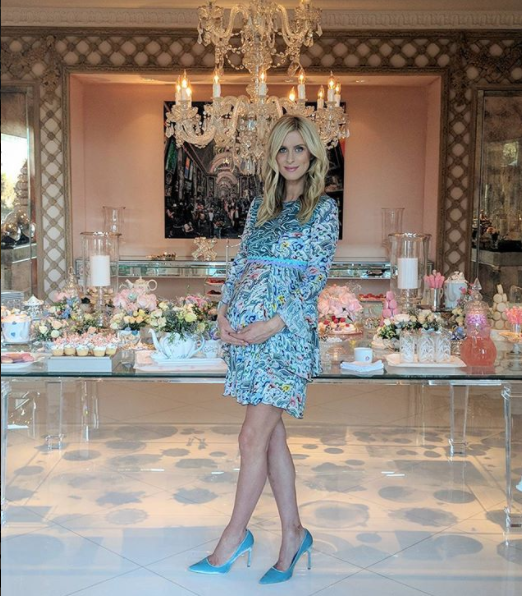 The former glamour model and wife of rapper and Law And Order: SVU star, Ice-T, went all out for the baby shower of their daughter, Chanel (they had chosen the name before she was born). Hosted by celebrity event planner, David Tutera, (he also filmed it for his reality show), the baby shower was considered more of a pre-birthday party for baby Chanel, and including copious bottles of personalised Champagne and wine bottles, and a four-tier monochrome cake with a ‘C’ on top. When you’re hiring celebrity event planner extraordinaire Mindy Weiss to plan your baby shower, you’re not playing around. Tamera Mowry-Housley turned to Mindy to create a pink-filled and tutu-tableclothed shower at Hotel Casa del Mar in Malibu. Weiss told Us Magazine that she used over 1,000 roses, pink balloons, and 100 flower-shaped cookies to create the stunning spectacle. With pink touches to absolutely everything, the party was topped off with an intricate pink oven cake with a “bun in the oven.” 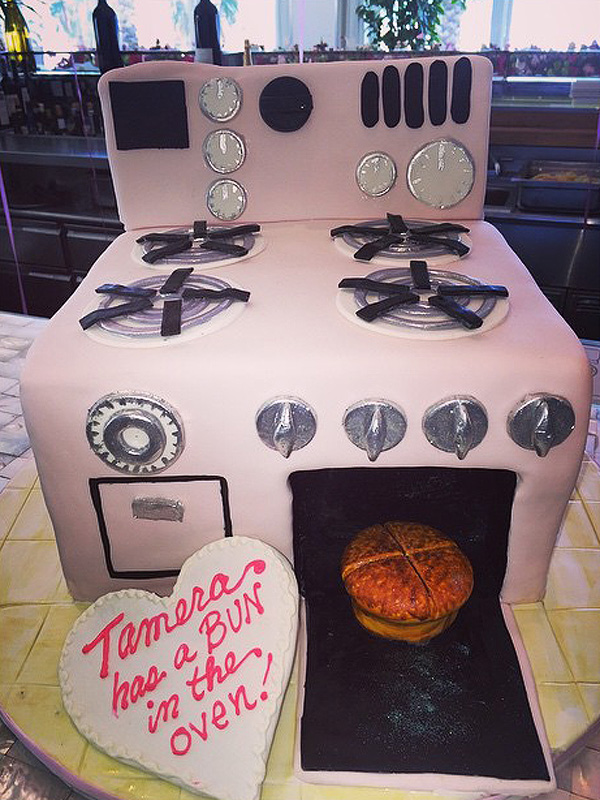 Back in 2013, Fergie’s best friends threw her a celebrity-filled “Gay-by” shower, including drag performers, imported tequila and wine, cocktails like “Ferg-aritas”, and a onesie-decorating station (how very 2013). Held at SLS Hotel in Beverly Hills with a black, white, and blue theme, the party included celeb friends like Kelly Osbourne, Julianne Hough, Lance Bass, RuPaul, and Adam Lambert. Is it even a list without more than one Kardashian on it? Kim’s baby shower was a pink dream (and her other sisters have also followed suit), with a “Tea for 3” theme and a forest of cherry blossoms covering the room. With celeb friends like Chrissy Teigen, Jen Atkin, and Maria Menounos in attendance, the baby bash was typically over-the-top and we’re still kinda sad we didn’t get an invite.

Beautiful day celebrating @kimkardashian and her 👶 🍼 on the way. Felt like we were in a beautiful forest with lots of ❤️.

The crème de la crème of baby showers for the year. Khloe Kardashian left no pink stone unturned in her effort to have the most extravagant baby shower of all. It was pink everything for the youngest Kardashian, with flower extraordinaire Jeff Leatham creating a wonderland of pink flowers and roses (including on the ceiling), elephant and giraffe topiaries, while the rest of the room was filled with balloons, neon signs, immaculate table settings, and more celebrities than you can count. 10 Bridal Looks Inspired By Celebs On The Red Carpet