7 Steps to Write a Maid of Honour Speech #LikeABoss

Join us for Wedded Wonderland’s once-in-a-lifetime bridal and fashion event, The Bridal Bazaar. Shop for the latest trends, Learn from the biggest celebrity guest hosts, Be Inspired by a runway of Australian couturiers and Indulge on the most decadent food and wine. Sponsored by Dockside Group, purchase your ticket here.

With the gorgeous dress (hopefully!), sexy stillettos and title of Maid-of-Honour, come great responsibility. Being a Maid of Honour comes with a lot of responsibility, none more so then performing the speech at the reception! Never fear though because we’ve put together our top tips for producing the best speech of the night!

1. Start With an Intro

This may sound obvious, but not everyone in the room will know who you are. Start your speech by introducing yourself and let them know how long you and the bride have been besties. This part of the speech should be done in 100 words or less.

#Fail – This is not the time to break out into a comedy routine, leave the slapstick to Tina Fey. Now it’s time to draw from the memory banks and tell a story that describes you nad the bride’s friendship perfectly. Funny anecdotes work really well, but test it out on a mutual friend or your own boyfriend, because sometimes it might be the most hilarious memory for you, but no-one else gets it.

#Fail – Keep it ‘G-rated’ and steer clear from mentioning an ex-boyfriends. It will take your speech from awesome to awkward in 2 seconds flat.

You love your bestie, so this part shouldn’t be hard. Spend this part of the speech talking about some of the bride’s best attributes and use examples to bolster it up.

#Fail – Even though you know your bestie is a better cook than her future Mother-In-Law, don’t bring this little tid bit to light in the speech… Talk about the time your bestie gushed over her beau, or how the bride and groom first met.

#Fail – Girl code still exists, even if your bestie is getting married. Steer clear of spilling her secrets (the awkward first kiss, body hair getting in the middle of a make-out session, etc).

Finish your killer speech by thanking the bride and groom and wishing them all the best.

#Fail – Don’t fall into the trap of joking that you wish the groom was a twin, so you could date him. Not only will it make the whole speech uncomfortable, but it will ruin your chance with any of the groomsmen.

Two blocks of Cadbury later, the speech is finished! Now’s the time to practice out loud. If you don’t have someone to listen and provide feedback, use your smartphone to record it. Five minutes is a safe time limit to stick to.

#Fail – Make sure you don’t use ‘I’ or ‘me’ too much in the speech. Remember it’s about your bestie and her hubby, not you!

If we’re honest, you’re probably going to want to down a few vodkas before your big moment. Heed our advice and sip a glass of champers, but limit the alcohol to one sneaky drink only. After you’ve finished the speech, we promise, there’ll be plenty of cocktails to look forward to! 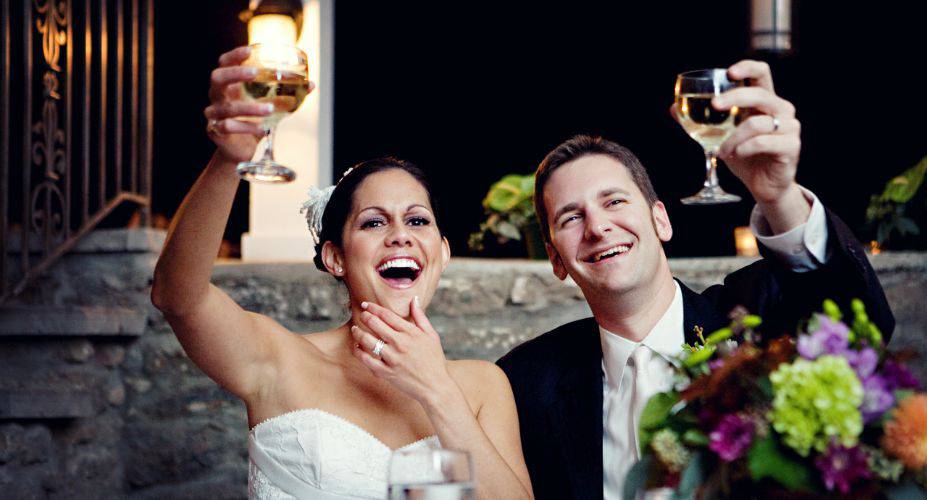 7 THINGS NO-ONE TELLS YOU ABOUT BEING ENGAGED